+14%, but shoots up its temperature and consumption
Advertisement

The number of CPUs that AMD is going to put on the table with the Ryzen 7000 compared to the number of Intel Core 13 is of a much lower proportion, and because of this, the segmentation is more complicated. Therefore, AMD designed a key feature that pushes performance and which is maintained in the Ryzen 7000: CPB, or Core Performance Boost. The first test of what this algorithm can improve has already been seen with a Ryzen 5 7600Xand the results are quite impressive.

With a $299 CPU, one could not expect too much if we say that it has 6 cores and 12 threads in the middle of 2022, but as happened with Intel in its day, which was behind in the number of Cores, but these being faster, AMD picks up the baton and with CPB in Cinebench R23 we can see the potential of the algorithm and its performance escalation, which we anticipate is spectacular. 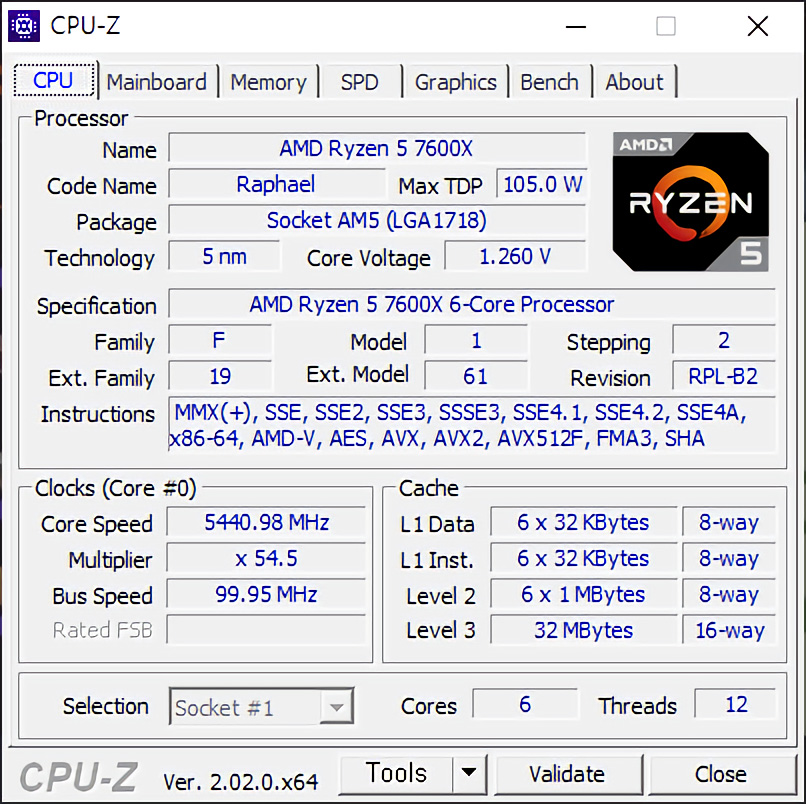 It will not be for all audiences, as if it were an adult movie, but many will be able to benefit from the improvement that we are going to see with CPB. The leak reveals said processor with an unspecified motherboard, but with chipset X670E (latest BIOS) attached to some memories in Dual Channel DDR5-6000. Therefore, we are looking at what AMD considers to be the best possible performance option for its processors.

Cinebench R23 shows the differences between enable or disable CPBsince when this is off, results of 1,681 points in ST and 13,003 points in MT, which is more than fine. Best of all, when the result is activated, it triggers more than one might think at first, since we move on to 1,920 points and 14,767 points respectively.

Percentage-wise, this represents an improvement in the +14.2% in ST and a +13.5% increase in MTWhat figures aside and leaving them in the background, it seems that AMD scales really well between cores, something that in the past was not as noticeable and scalable as it is now.

AMD has a temperature problem 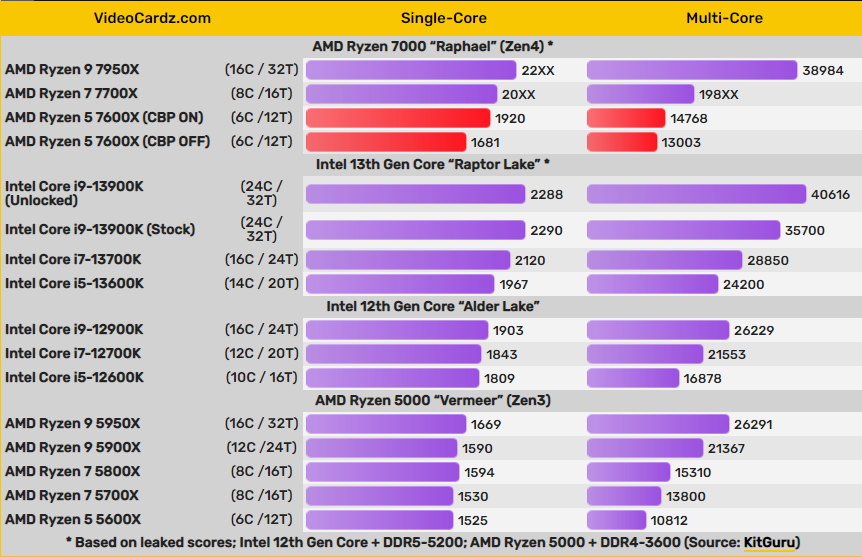 The data of the Ryzen 5 7600X with CPB disabled They are not enough to compete with Intel, no longer with Raptor Lake, but simply with Alder Lake, and this greatly marks the future of the Ryzen 7000 in general. We say these because without CPB the CPU stays at 56ºC average with a consumption of 60W as peakmore than good figures without a doubt, but they lower the frequency at 4.7GHz.

So without CPB the performance and temperature data is close to 5700X or 5800X or so, which is a jump in performance and range, but it takes a lot more to compete against Intel right now.

Therefore, and activating CPBthe data enters to fight against the 13600K in ST, raising the frequency to the 5.455MHz, but also consumption, with 110W to refrigerate This leads to a temperature of 92ºC sustained, so it is not easy to cool and without a doubt, either a low-end heatsink is being used, or that consumption does not make much sense compared to that temperature.

In short, CPB will be a feature to have activated to gain performance and the BIOS will have it like this, which is why it is confirmed, for the fourth time in a row, that AMD is going to face a problem with temperature in users’ PCs and that Intel is going to be ahead at the same range, where in MT it is going to devastate its rival in the low and medium range, while in the high range there is indeed competition in this regard.