If yesterday Intel announced the future launch of the Intel Core i9-13900KSit has not taken us long to see the first performance sample of what will be the first CPU in the world to reach the market reaching a frequency of 6.0GHz of fabric.

In case you don’t know, the Intel Core i9-13900KS is nothing more than a Core i9-13900K turned upside down. It is expected to make use of silicon of “black paw“that they are able to achieve higher frequencies varying the voltage as little as possible, and even managing to increase these frequencies without the need to increase the voltage. In short, it will offer the same configuration of 24 cores and 30 processing threads. 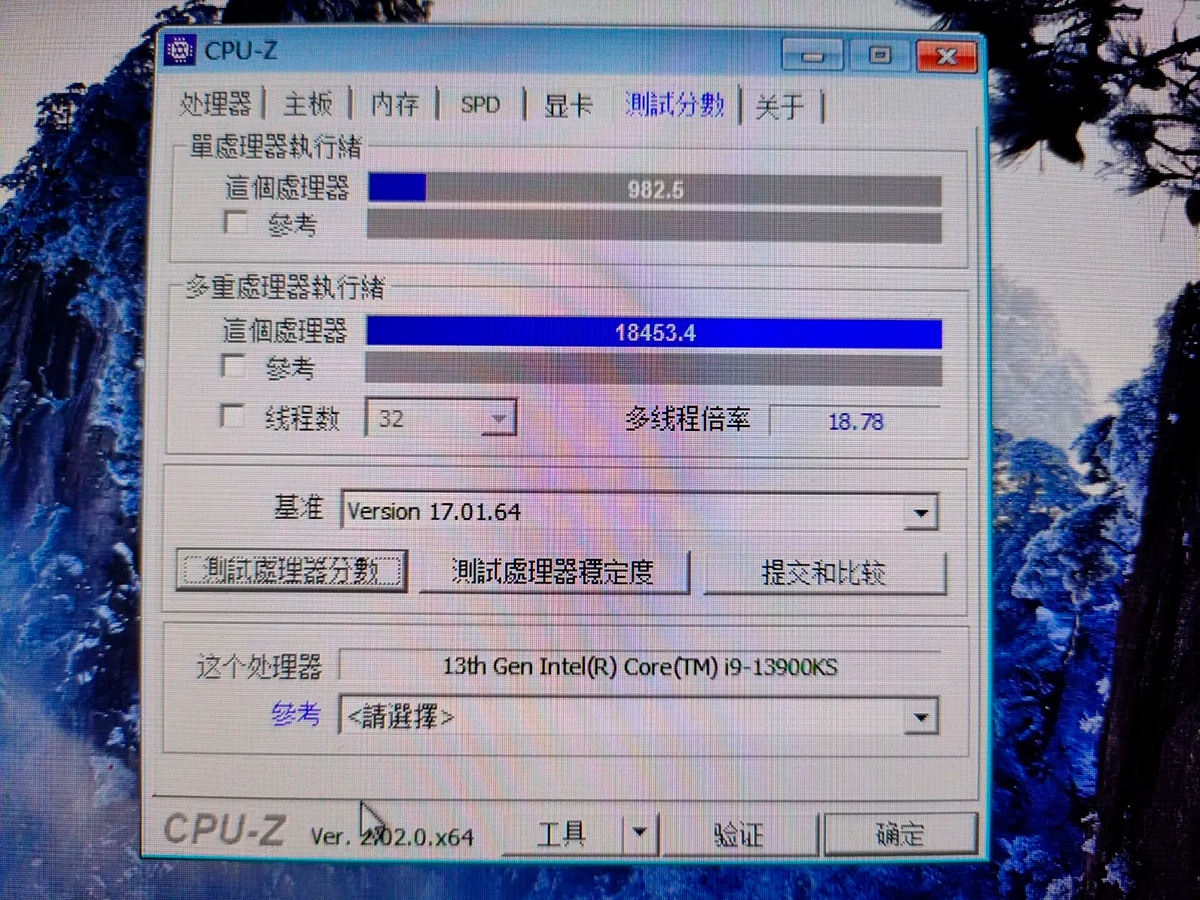 Now let’s go to what matters, and that is that from China we get the first performance test of this processor with a benchmark in CPU-Z. In this, it offered a single core performance of 982.5 pointswhich in a notable leap in performance compared to the 772 points that moves the AMD Ryzen 9 7950X, and even the 851 points which reached its predecessor in our tests, the Core i9-12900KS.

In multicore performance we talk about nothing less than 18,453.4 points, which is a new performance record for a consumer CPU in this benchmark. For reference, the Intel Core i9-12900KS stayed with us in the 11,956.9 pointswhile in the review of AMD Ryzen 9 7950X we saw that it reached 15,662.7 pointsso we’re talking about Intel’s new top-of-the-line CPU outperforming AMD’s in 18% in said benchmarking test. This is crazy performance as it also implies a performance difference 54% compared to its predecessor keeping the same platform.

In this way, it is more than evident that this processor arrives to complicate the performance comparisons for AMD with its future Ryzen 7000X3D processors, which could be presented in January during the CES in Las Vegas, that is, the same date the processor is launched. Intel’s new top-of-the-line processor.

It must be remembered that the new processors IntelCore 13 offer settings for up to 24 cores and 32 processing threads promising a single-core performance boost of up to 15% and a multicore performance improvement of up to 41%.

These processors maintain socket usage LGA1700, being compatible with both the new Intel Z790, H770 and B760 motherboards, as well as the “old” Z690, H670 and B660, and all this while maintaining compatibility with DDR4 and DDR5 RAM. With DDR5 memory, RAM support has been expanded DDR5-5600MHz natively. With overclock, it will be possible to use memory with frequencies higher than 10,000 MHz.

Yes ok the architecture of P-Core and E-Core cores has not changedperformance improvements are tied to the increase in the number of nuclei, increased frequencies and increased cache. To this are added improvements at the level of energy consumption allowing the Core i9-13900K to perform the same as the Core i9-12900K consuming 65W compared to 241W of its predecessor.