Let’s not think that NVIDIA is looking at the CPU market as something to avoid, far from it. His Grace Superchip is a very serious attempt by Huang’s to get fully into the server sector, and after many months after the presentation it turns out that now, at the end of January, they have decided to reveal part of their performance. And this is superlative, at least under the conditions of the tests carried out, because the Grace CPU Superchip outperforms AMD’s 128 EPYC Zen 3 cores.

Taking into account that Grace CPU Superchip is the first processor of the brand for data centers, the expectation is maximum as such. Being created from scratch, and therefore being the first generation, NVIDIA has guarded its performance with suspicion, until just a few days ago, where in maximum silence it has shown how this processor really performs with two interconnected SoCs. 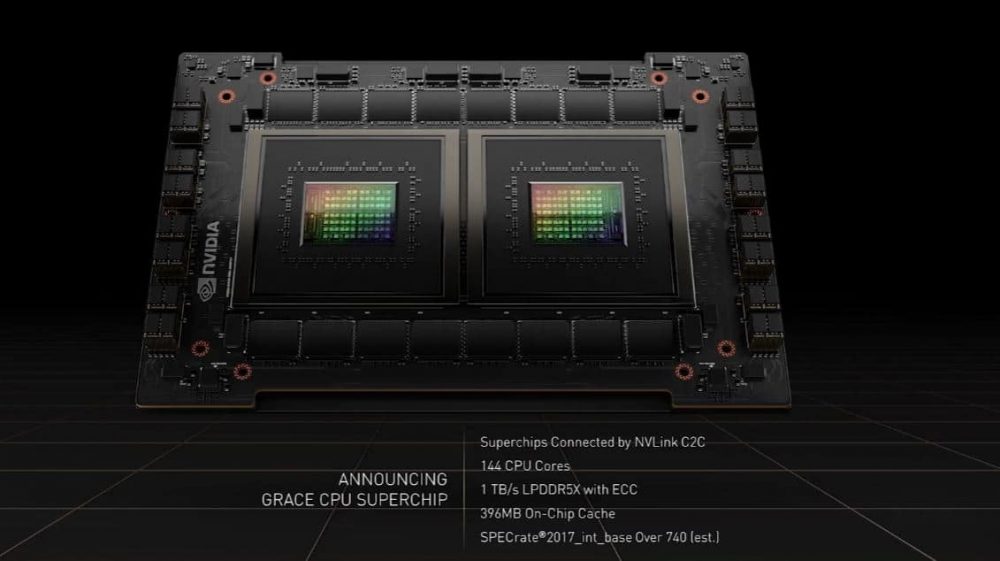 First of all, a brief summary to understand what we are dealing with: Grace CPU Superchip is manufactured in the best lithographic process available for high performance of TSMC: 4Nexclusive to NVIDIA and houses two identical SoCs on a single PCB connected by NVLink C2C with up 900GB/s bidirectional bandwidth.

Altogether, we have 144 cores with Arm V9-A architecturetwo sets of SMID vector instructions as a 128 bitwhere each nucleus contributes 64KB of L1I, 64KB of L1Din addition to 1MB L2 cache and nothing less than 234MB of L3 to share. This data achieves an I/O and memory transfer rate of no less than 3.2TB/swhich together with LPDDR5X with ECC (1 TB/s maximum and 960 GB no less), gives us a maximum TDP of 500 watts per unit.

Given this, let’s go with the performance data, because they are really interesting.

Faster than a rack of EPYC Zen 4, much faster than Zen 3 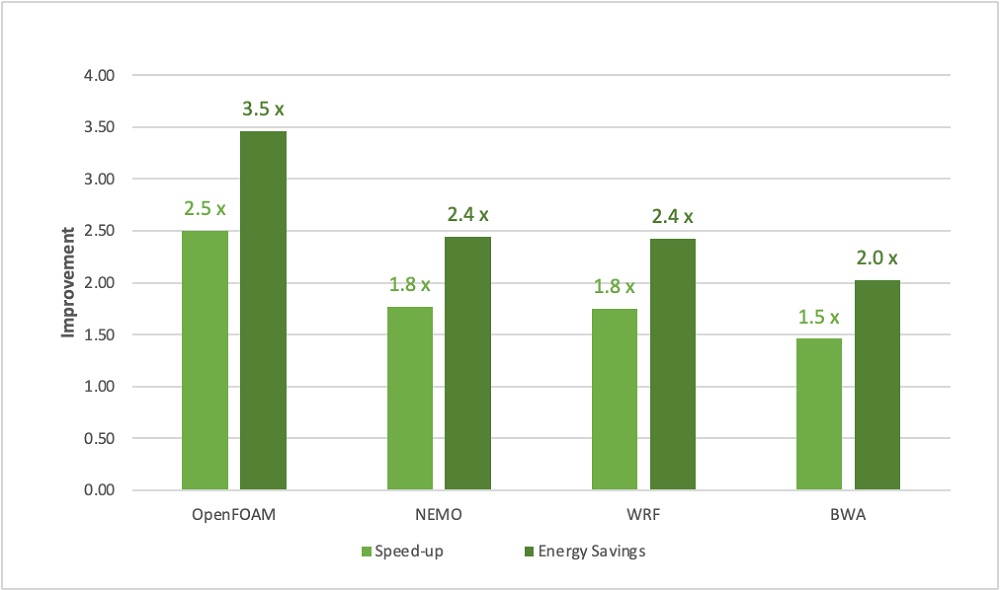 The table reflects data only for Grace CPU Superchip in terms of comparative performance with two EPYC Milan 7763so the improvement scales are for speed and power savings against the data of these two dual-socket processors.

Therefore, in OpenFOAM we see a performance of 2.5 times with an energy saving of 3.5x, which represent the best possible data of the entire comparison. From there, we can go down to the 2.4x in efficiency who gets in nemo and wrfor the 1.8x which manages to endorse Grace CPU Superchip in performance in these tests.

Finally, in BWA we have a 1.5x performance and 2x efficiency. Taking into account the objective of the product, it is clear that NVIDIA has managed to offer the best performance per watt and without logically opting for x86.

We will have to see what it is capable of doing when it is presented with options more adapted to the architecture under NVIDIA’s own APIs, such as RTX, HPC, AI or Omniverse, but everything indicates that if it achieves those differences with Zen 3 in the EPYC, and logically it is ahead of Zen 4 in the face of such a display of data, under the best possible conditions it is more than likely that NVIDIA will snatch market share in HPC and IA to AMD and Intel. This 2023 is going to be key to see that, since NVIDIA starts from the 0% world share and it is already a leader with its GPUs in these same sectors.