3 Kg of copper and $250
Advertisement

The fever to perform to the maximum, to squeeze every last MHz and take the cat to the water of performance has reached the cusp like never seen before. But that has also brought hand in hand the fact that consumption has risen to the limit and with it the temperatures. It seems a chimera to think that a current and modern CPU, of the latest batch, can be passively cooled. well, a new highly advanced passive copper heatsink design hand in hand with colleagues fanlesstech seems to challenge this theory.

It has taken Noctua an enormous number of years to present its new NH-P1, which is barely superior to the previous and already veteran model. It is difficult to simply think about improving that heatsink, but a new prototype will at least try, and it will do it in a big way without restrictions, not even in price.

No name, no nickname, a highly advanced passive copper heatsink 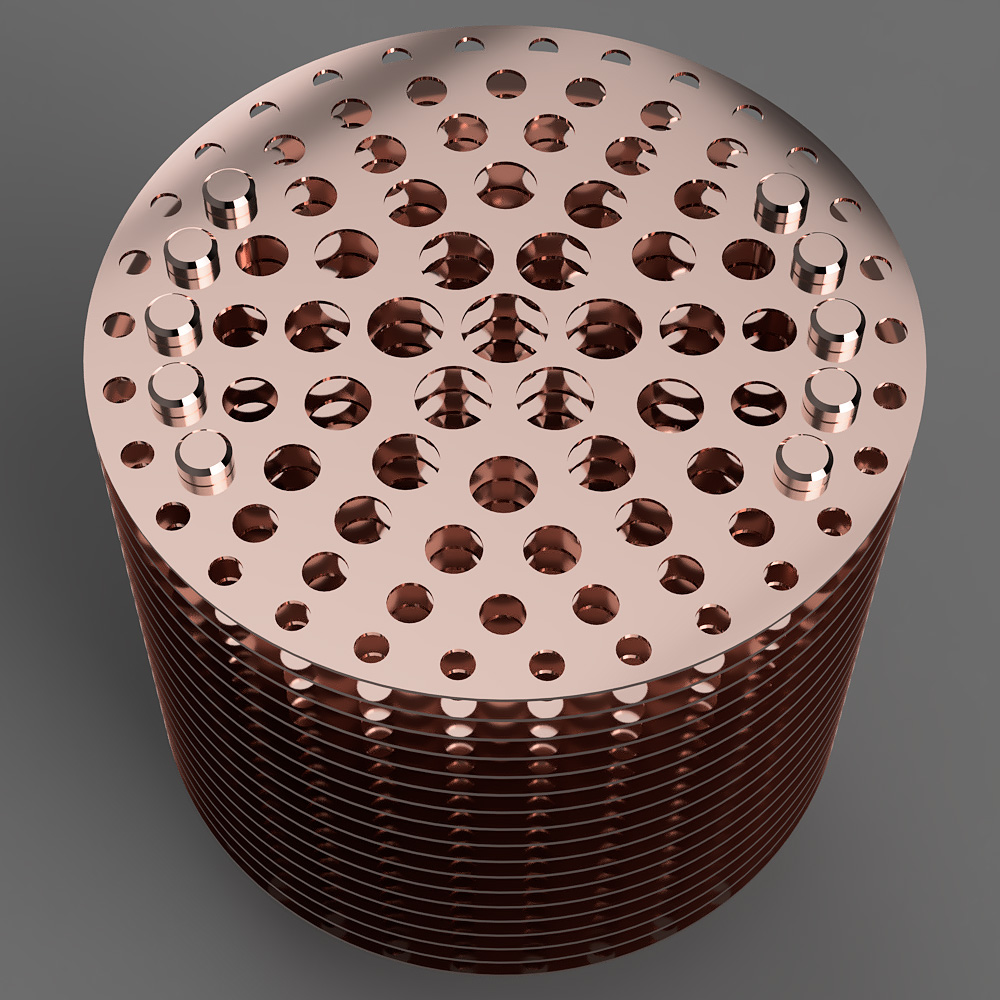 The reality is that it is simply a heatsink project which does not even have a name and all we have is an impressive render, that is without a doubt. Fanlesstech’s colleagues hand in hand with noah beerstecher They have created a prototype that undoubtedly has many new features.

Starting with its shape, a perforated cylinder with different levels of fins where, unlike what one might think from thermodynamics, what is sought is the greatest heat transfer from the processor to the block and where it will transfer it to the air with an aerodynamic system. last generation.

To do this, it collects 18 fins of a thickness wide that will be traversed by 5 heatpipes with cold plate. The low number of fins and their thickness respond to a heat exchange system using vertical holes that, curiously, are smaller on the periphery of each fin and layer of this heatsink, and larger in the center, but why? 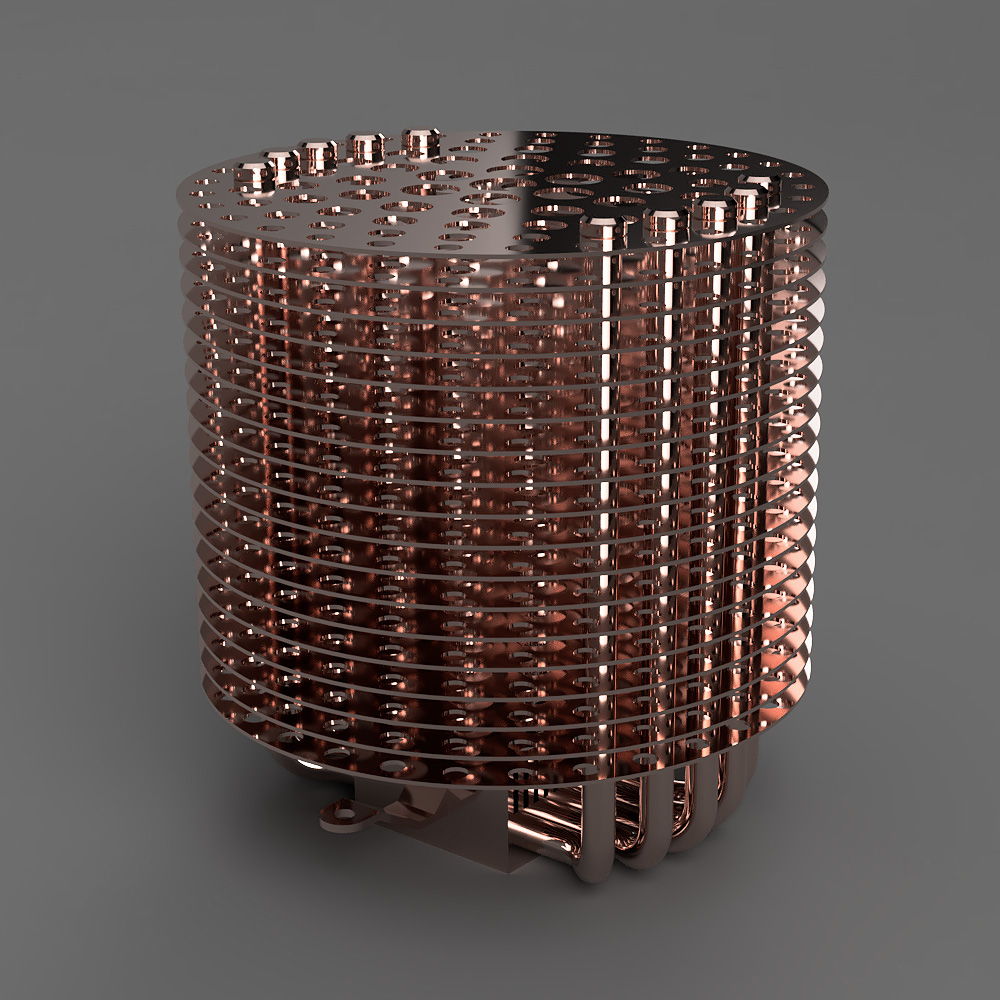 It is not that it is new, far from it, but the way of implementing it is curious. It is established that an area is normal to the direction of its heat flow, so here we would have, once the heat sink is installed, a perfect vertical flow regardless of the position or anchorage of the heat sink.

In addition, the flow will be the same if it is received from a source of flow generation, such as a fan, regardless of the position when placing the heatsink on the CPU. Like any heat sink with heat pipes, the natural convection and forced convection. The novel idea here is to use the flow and make it pass through the drilled holes of each fin, so that it speeds up or slows down as it progresses through the copper, thus achieving uniformity in it and improving the transfer of heat to the air. 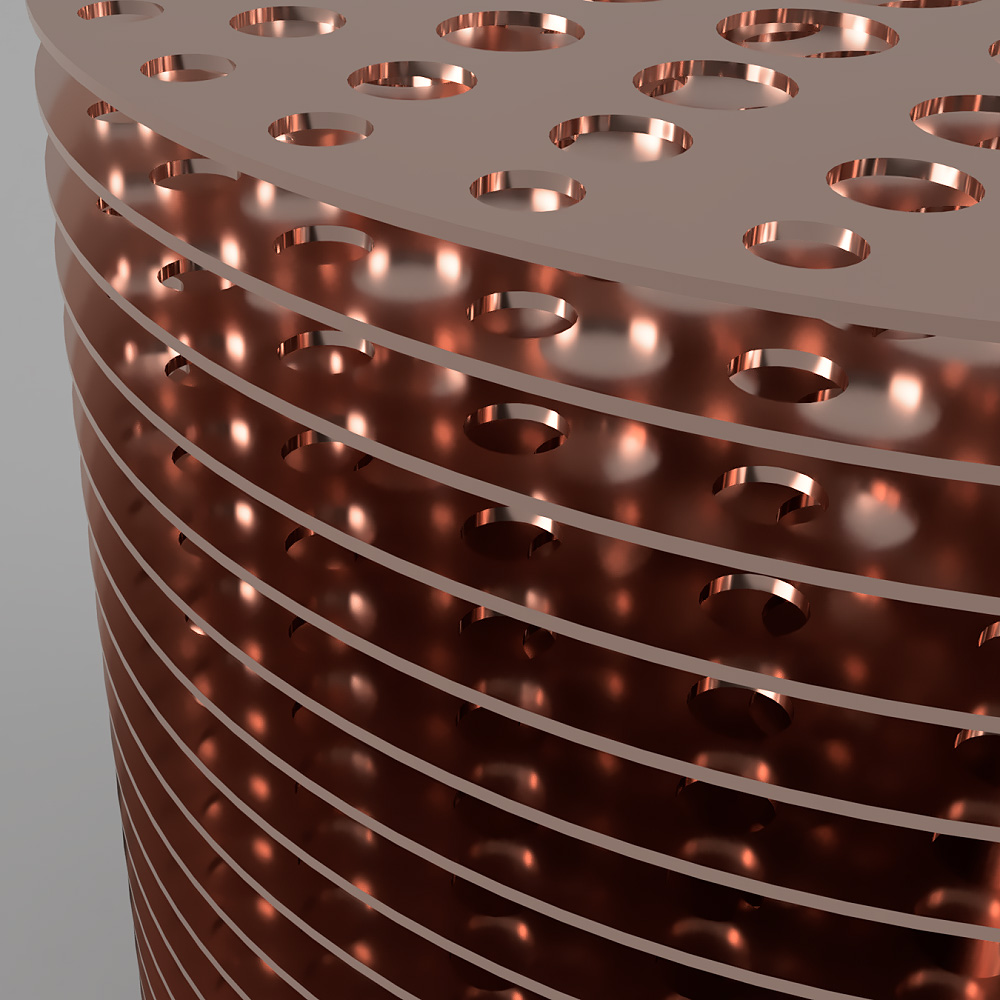 The central part seeks to monopolize the greatest possible flow, while as we move away from the center it seeks to speed it up and above all, not to prevent the transfer of rising heat, but rather to improve its efficiency when in contact with the air. The evidence shows us that we are facing a dissipator made of the highest quality pure copperwith exquisite refinement, will weigh nothing less than 3kgthe largest ever recorded, and will cost a whopping 250 dollarsa high price to pay if you want to keep the temperatures of a current high-performance CPU at bay.