We already have new information about to the new Netflix subscription plan Low cost. You have to remember that one of the negative points of this plan is that you will agree to pay less in exchange for displaying advertising. Although it is currently unknown exactly how long advertising will be served per hour, and if this advertising only appears before or after to reproduce the content, or if this content will be paused to display advertisingwhich is somewhat more annoying, but profitable.

According to the latest reports, Netflix would be considering charging between 7 and 9 dollars per month for this subscription plan, which is practically almost half of what it costs your most popular planwhich allows content to be displayed on a screen at a maximum resolution of Full HD (1,920 x 1,080 pixels) for $15.49.

There will be advertising on Netflix along with some limitations 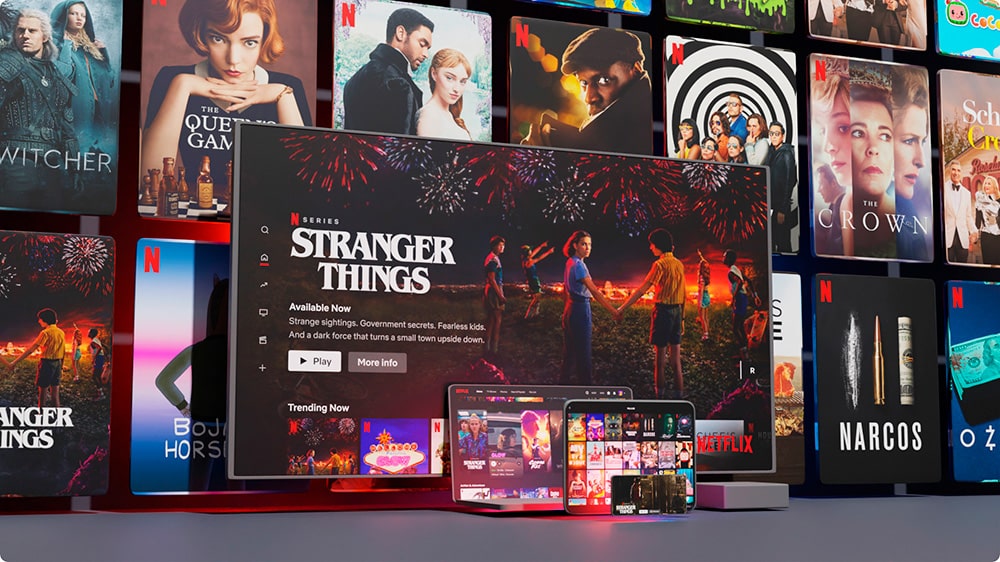 As far as is known, if there are no changes, the advertisement could be displayed at any time. This means that you will be able to view the advertising just before playing your favorite series, or in the middle of it. As far as advertising time is concerned, it is rumored that we would be talking about four minutes of advertising per houra very low number of ads compared to television.

Of course, once the ad comes out, you will have to see it in full. You won’t be able to skip the ad nor access playback controls while playing, but Netflix wants to limit ad targeting and make sure they aren’t too repetitive. In the content for minors, there would be no advertising.

To this is added some other drawbacks of the plan with advertising, and that is that it will have more restrictions than the rest of the higher-priced plans. In essence, Netflix does not plan to allow users that they can download content to play it later without an Internet connection, so it will always be necessary to be connected to the Internet to play the advertising blocks.

Netflix hopes to recover users with this plan

Basically, Netflix sees in this new plan the last possible resource not only to keep its users, but also to stop the bleeding it has suffered due to the already recurring price increases and a catalog that has dropped considerably its quality. The last example was resident Evilwhere even there are already rumors that Netflix I would have left the series. In this way, we are facing a new series that dies after its launch.

On the other hand, going back to the topic at hand, the company lost subscribers for the first time in 10 years in the first quarter of 2022, blaming “a large number of households sharing accounts” Yet the “competition“. That is why this plan has the mission of trying to retain the greatest number of users who will leave the platform in the future. This future is linked to the notorious account sharing limitations that are yet to come, so the only option to continue on Netflix, paying a price similar to that of sharing an account, will be this plan with advertising.