With the arrival of the Ryzen 7000 and the AM5 platform on the market in a matter of a month, the paradigm of the RAM market changes. And it is that, the new generation of AMD CPU will only be compatible with DDR5 memory, making its purchase mandatory. Next to the DDR5-RAMwe will have an overclock technology, called amd expowhich will be basically the same as Intel XMP 3.0both in functionality and in priceat least according to a Japanese store.

DDR5 memory is the natural evolution for the industry to follow, just as it did with the transition from DDR3 to DDR4. With the arrival of DDR5, we make sure we have much higher transfer rates, although we also see latency suffer, as this is usually higher. Fortunately, as the years go by and the technology matures, the DDR5 memories that will be sold in the future will offer a better frequency / latency ratio. But don’t wait for that, because with AMD EXPO, we can do overclock this memory with one click on the Ryzen 7000. 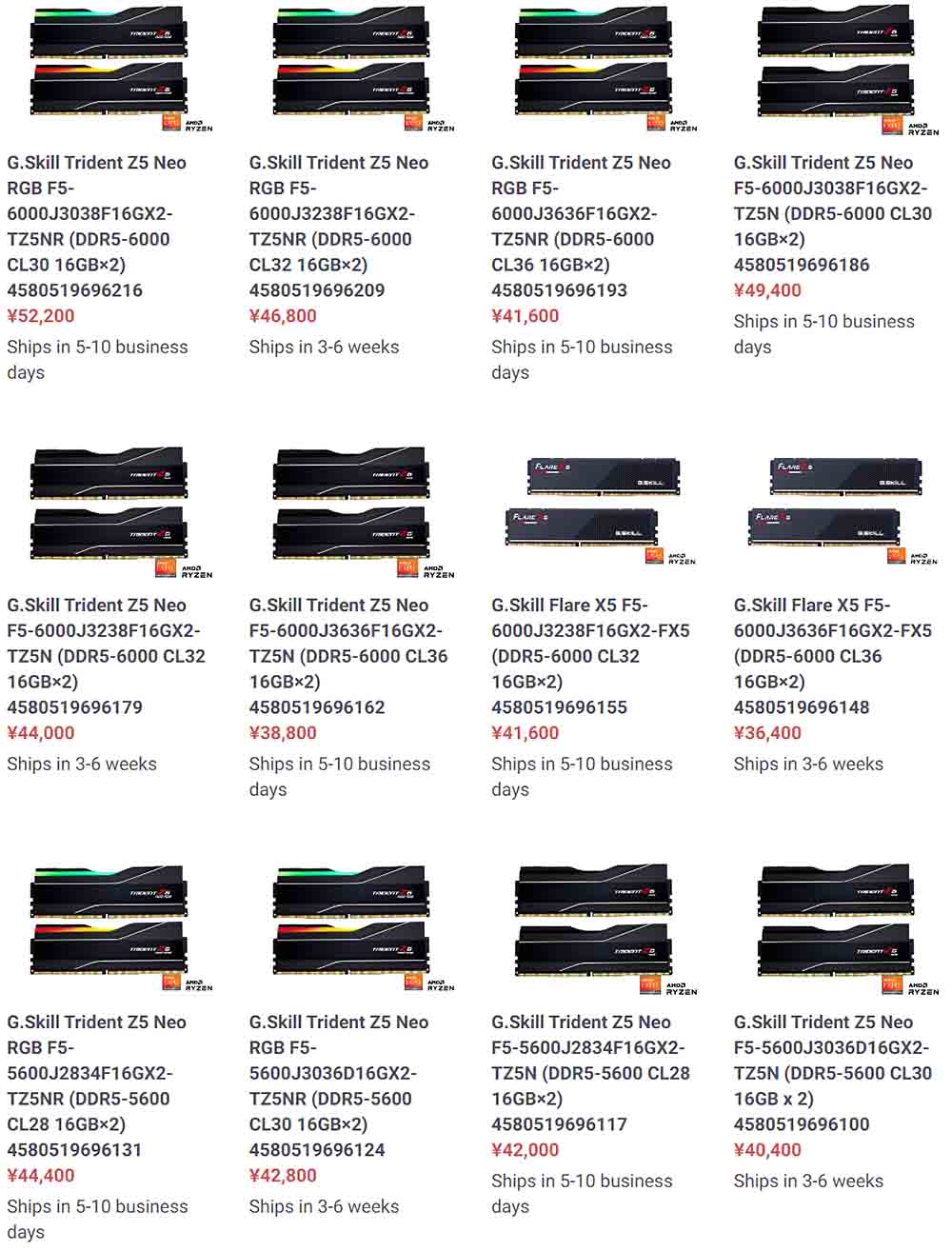 From Japan we get the prices of several DDR5 RAM memory kits compatible with AMD EXPO. These are a total of 14 G.SKILL Kits who belong to the family Trident Z NEO RGB and Flare X5. These ensure that they will provide the best overclockability and support for the new AM5 platform. In addition, they will have profiles to apply this overclock with 1 click, offering up to a performance improvement of one 11% in games at 1080Paccording to AMD.

The company ensures that the latency of said memory, it may be reduced to the 63ns, an excellent value considering the speed of it. As is common with AMD, its technology EXPO will be totally freeso the marks they shouldn’t raise the price of their memories by including it. Thus, the memory listed does not correspond to new kits released exclusively to be compatible with AMD’s overclocking technology, as these are currently sold with XMP. With this, we see the path clear to a price comparison between AMD EXPO and XMP. 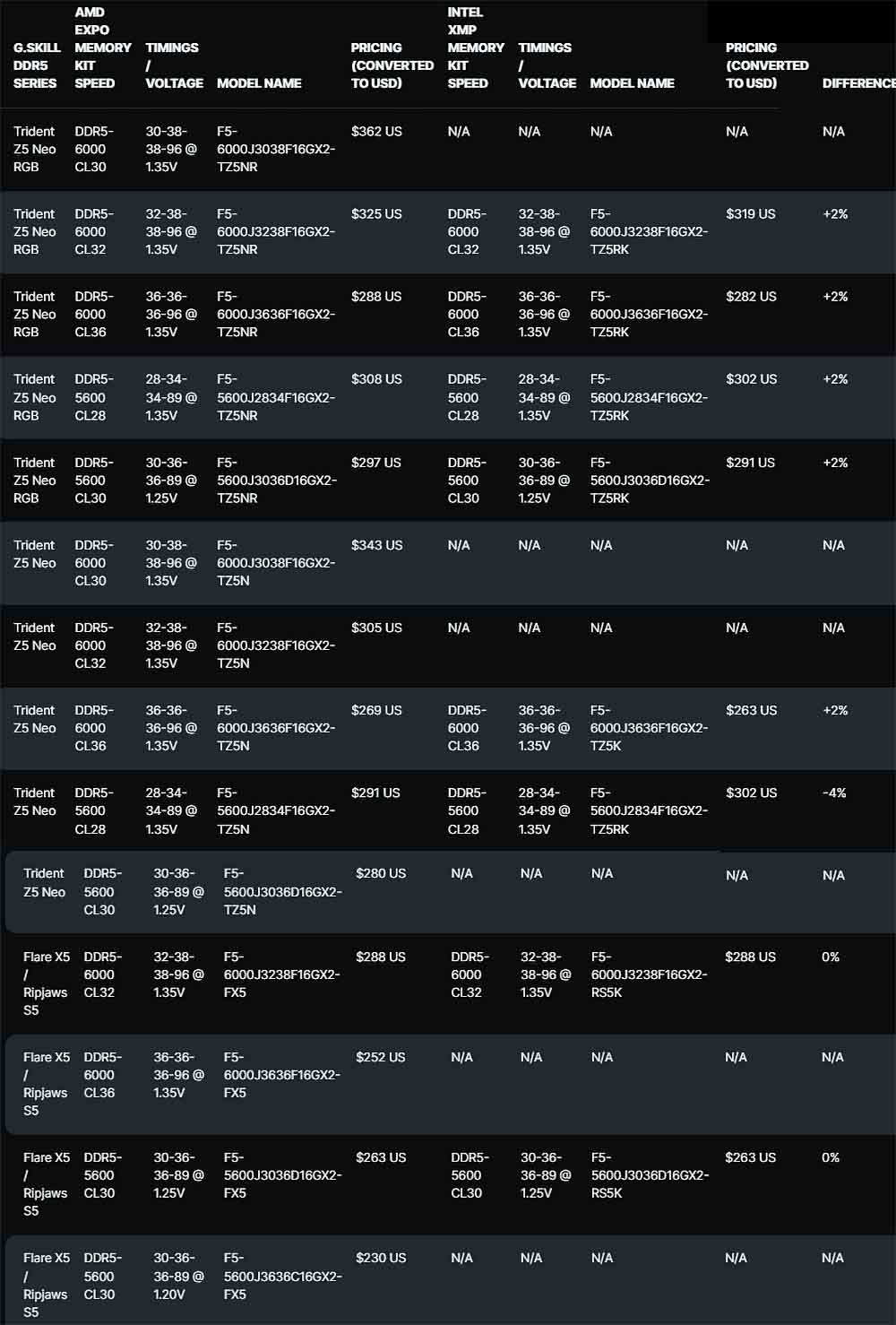 As we can see in this huge comparison table, we have before us a fact, the price of AMD EXPO DDR5 RAM will be equal to that of XMP. And it is that, if we pay attention to the differences, these are of the two% in most cases, a tiny value that should normalize at launch globally. Also, keep in mind that prices in Japan include taxes, so the values ​​shown should be lower in American territory. In Europe, as always, we will see a higher price, adding 21% VAT and the devaluation of the euro, along with the poor economic situation.

Even so, at least it shows that the use of a free technology like this, allows keep prices on DDR5 RAM. Probably, there will be some company that uploads them, we do not doubt that, but as a general rule it is seen that they will cost the same. Of course, remember that if you are looking for the best performance in the Ryzen 7000its “Sweet spot” would DDR5 at 6000MHz, and that will entail a significant expense of money. As for how it will include performance at the end, we will soon know, as the embargo for reviews Ryzen 7000 stands up September 26.