an adapter on your new GPU is a security risk
Advertisement

The new generation of power supplies is starting to hit stores, and this could mean a must buy for everyone who buys a new generation graphics cardn powered by the new PCIe Gen 5 connector of 16 pins, which is known as ATX12HPWR.

The leaks have already anticipated that the NVIDIA GeForce RTX 40 Series will make use of this new connector. It is even indicated that the GPUs will be accompanied by an adapter that will allow three 8+8+8-pin PCI-Express connectors to be combined to give us a 16-pin connector capable of supplying up to 600W of power. Of course, now the latest reports indicate that this would not be a very good ideaand the recommendation is to buy a new generation PSU that includes this connectivity natively. 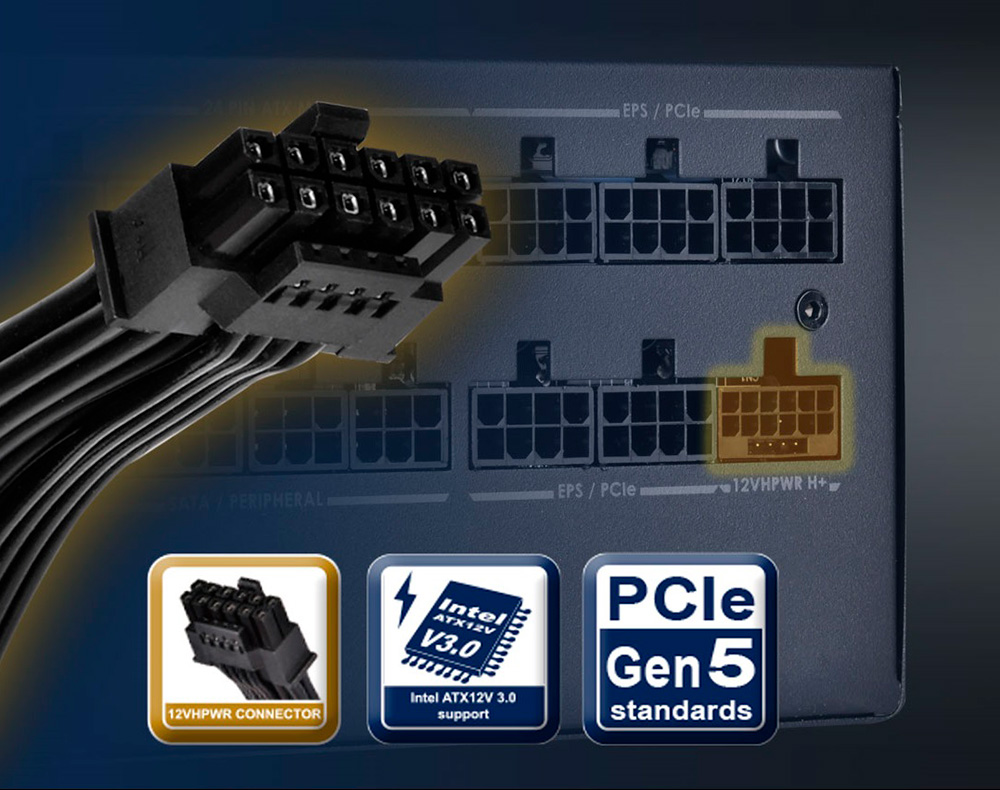 The PCI Special Interest Groupor PCI-SIG, the consortium responsible for releasing specifications for computer interconnect buses, has begun advising its members that the use of adapters for 12VHPWR connectors have shown a thermal variation. This could lead to security issues Under some conditions. Because of this, the agency instructs its members to work closely with their connector providers to act with due diligence when using high power connections.

In essence, at least GeForce RTX 40 Series (AMD said their GPUs were designed earlier and could use the old connectors), to meet the new power requirements they will use PCIe Gen 5 (12VHPWR) connectivity. To access this connectivity, you have to resort to to new power supplies that implement the new ATX 3.0 standard, so if you use a current generation power supply, based on the ATX 2.0 standard, you are obliged to use an adapter to power the GPU.

The problem is that PCI-SIG warns that a standard 8-pin adapter is designed to support a maximum load of 150Wand this is far exceeded.

The security risk of using an adapter

We are talking about three connectors that should supply a maximum of 450W power, based on the connector’s own validations. The 12VHPWR is capable of supplying up to 600W of power, and this would lead to a serious problem, at least on the highest performance GPUs. It is expected that the GeForce RTX 4090 can consume up to 800W power in the most advanced configurations, so we will even see models with two PCIe Gen 5 connectors.

In Wccftech load tests, using two 8-pin PCIe connectors, each of them reached a power of around 300W (25A), which is double the energy for which it was manufactured. For reference, the best connectors on the market, made of copper alloy, can withstand more than 7A per pin, giving a total of 21A. This is still insufficient to guarantee stability and safety in case of prolonged use, especially under high power conditions.

The PCI-SIG washes its hands by notifying its partners

We inform you that PCI-SIG has become aware that some implementations of the 12VHPWR connectors and assemblies have shown thermal variationswhich could lead to security issues under certain conditions. Although the PCI-SIG specifications provide the information necessary for interoperability, they do not attempt to cover all aspects of proper design, but rather are based on many known industry standard desEsports Extrasmethods and practices. Since the PCI-SIG working groups include many experts in the field of connector and system design, they will study available information on this industry issue. and help resolve it to the extent appropriate.

As more details emerge, PCI-SIG will be able to provide further updates. In the meantime, we encourage members to work closely with their connector providers and act with due diligence when using high power connections, especially when there may be security problems.