The presentation last night by Intel left something really incredible in one of its stands, such as a series of processors that have not been revealed until now, not even leaked, that could perfectly well be a response to AMD, or a series unpublished that will not see the light. In a wafer that was shown, it was seen how the dies were larger than normal, where after a little investigation it was confirmed that it was an engraving wafer with Raptor Lake architecture belonging to the Core 13 with 34 cores to his credit.

If Raptor Lake as an architecture was a kind of architecture forced by the delays of Meteor Lake and its tGPU, it turns out that Intel had, or has, up its sleeve a higher bet of which nothing has ever been said. Raptor Lake could have a high-performance version, surely focused on HEDTwhich could compete with the Threadripper PRO 5000. 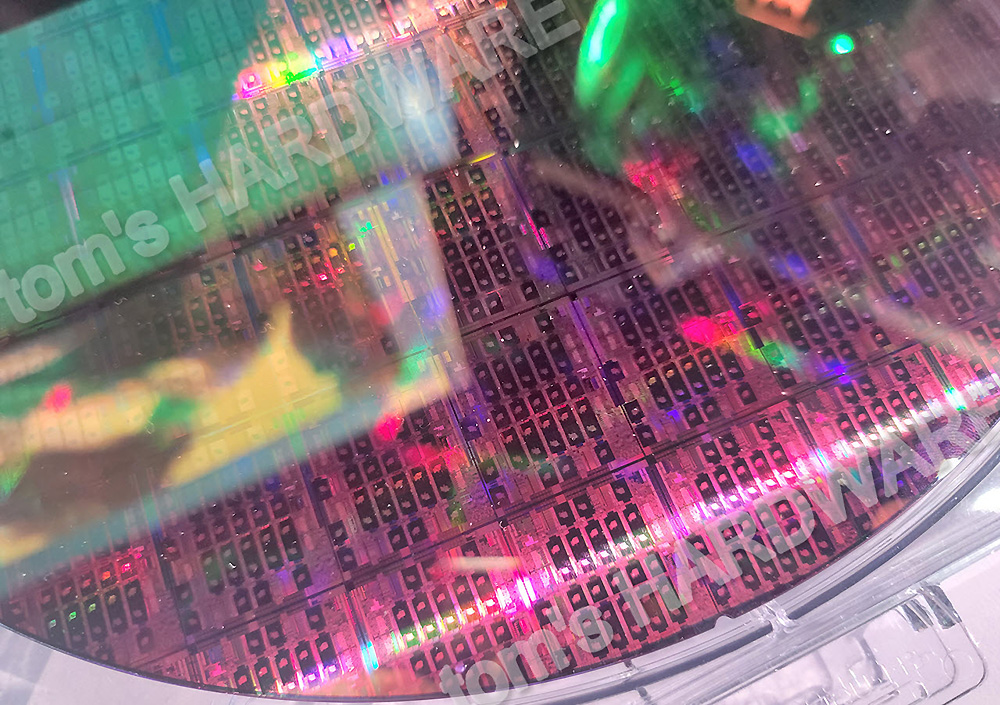 Well, the truth is that we do not know, but in San José at Intel’s Innovation 2022 event, someone was not working fine, since the wafer was unprecedented and one referring to the complete dies corresponding to the measurements should have been in its place. 23.8×10.8mm with a total area of 257mm2which is the corresponding die of the i9-13900K with 24 cores.

Instead, a wafer with dies of 34 cores and no one had noticed the company staff. In fact, it was so much so that before the eyes of several engineers they had to ask the workers to turn the wafer over to see if it was labeled, after which it was possible to see perfectly that, indeed, they were facing a wafer engraved with Raptor Lake-S architecture with tens of 34 cores for the Core 13. 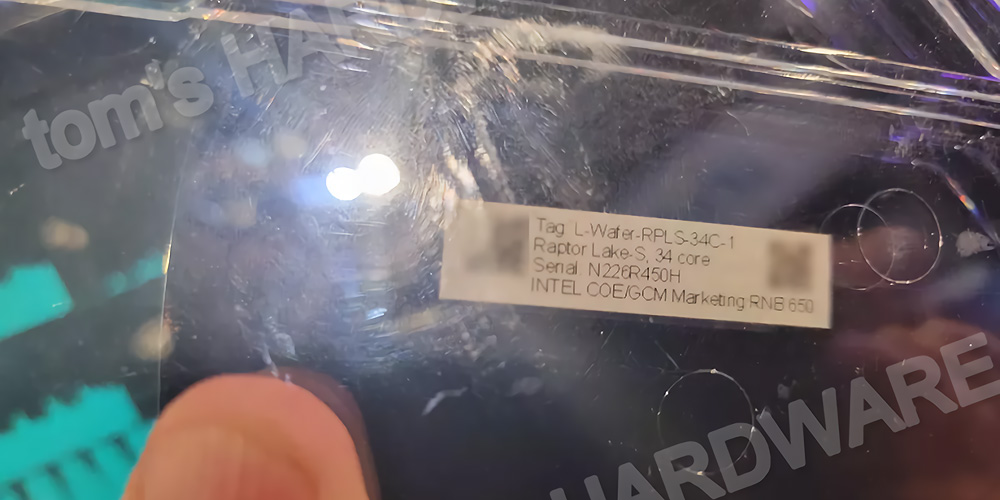 Well, it could be, since the layout of the Cores is totally detached from what we have seen for PC and, furthermore, they are 34 cores P-Core without E-Core, that is, they are all high performance. The die exceeds the commented area of ​​257 mm2 and it is stipulated that they could be among the 320mm2 and the 325mm2that is to say, it is a quite large matrix for the LGA1700 socket, so in principle it is discarded because it would cover too much PCB to interconnect the pins and internal routings.

After a look at the die, what we can see are four groups of Cores spread over 7 rowsall united by an interconnection network that could well be a more advanced version of Compute Fabric and LLC that Intel showed yesterday.

Angstronomics has a mockup of Intel’s biggest monolithic die!
The Sapphire Rapids MCC die adopts an unusual 7-column mesh layout, and AMX is present, but perhaps disabled with the Raptor Lake workstation branding?

Likewise, what we would have are 34 Cores, 68 MB of L2, 63.75 MB of L3, 8 lanes of DDR5, 80 PCIe lanes with DMI Y three UPI links nothing less. Based on these characteristics, what we can say is that they will not reach PCs in the mainstream range, rather they look like Sapphire Rapids cores, but it is also true that it could be Intel’s return to the HEDT range, sharing UPI links with Sapphire Rapids as such.

It may be Intel’s answer to the Threadripper PRO 5000 and we don’t know yet. In any case, they have AMX and this leaves a very interesting door open for high-performance Workstations.