AppleCare+ will now offer unlimited repairs for your iPhone 14
Advertisement

The arrival of the iPhone 14 on the market has brought with it a notorious price increase. We already saw that the cheapest version of the iPhone 14 went up about 100 euros, while the Pro and Pro Max models increased their cost by 160 euros or more. Fortunately, Apple has updated its service AppleCare+becoming a monthly payment with the addition of unlimited repairsas long as you iPhone 14 or other Apple device have suffered accidental damage.

Apple has offered for years its technical support, repair and assistance service called Apple Care, for Apple products. However, this was limited to only two repairs per year and also the cost was quite high. With the arrival of the iPhone 14 and a new wave of buyers, Apple took the opportunity to update the service. Under the name of AppleCare +, a series of advantages and a new price are offered, which makes it interesting for all those people who want to be sure that their Apple devices are safe. 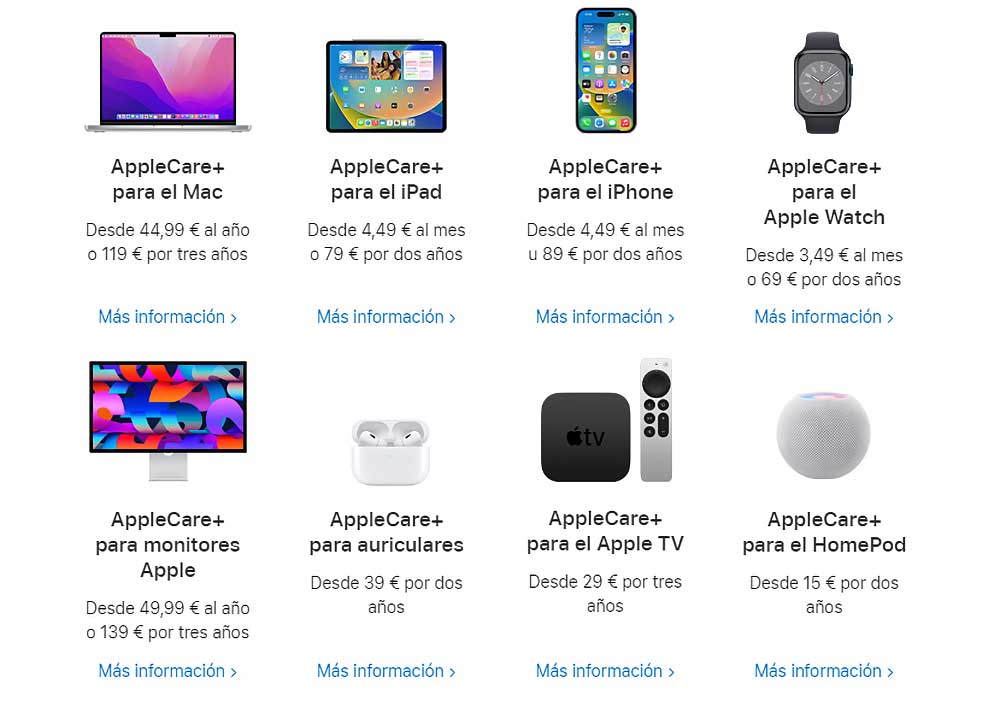 The AppleCare+ update is undoubtedly especially interesting for all those people who have experienced occasional damage to their Apple products. This will include the full range of devices, such as Macs, monitors, headphones, iPad, AppleTV, HomePod, Apple Watch or the iPhone. As we can see in the image, the base prices for some products are quite interesting, because for example the iPhone or iPad that we see part of the €4.49 per month. Cheaper is the AppleCare+ plan for the Apple Watch, as it starts from a base price of €3.49 per month.

And if we want to save even more money, the headphones, Apple TV and HomePod carry an expense of 39 euros for two years, 29 euros for three years and 15 euros for two years, respectively. Additionally, AppleCare+ offers a unlimited repair service for accidental damage, such as those that could be suffered by your next iPhone 14. Thus, using the latest Apple smartphone as a base, the prices to be paid will vary depending on the severity. Knowing this, the incidents from lowest to highest cost will be: 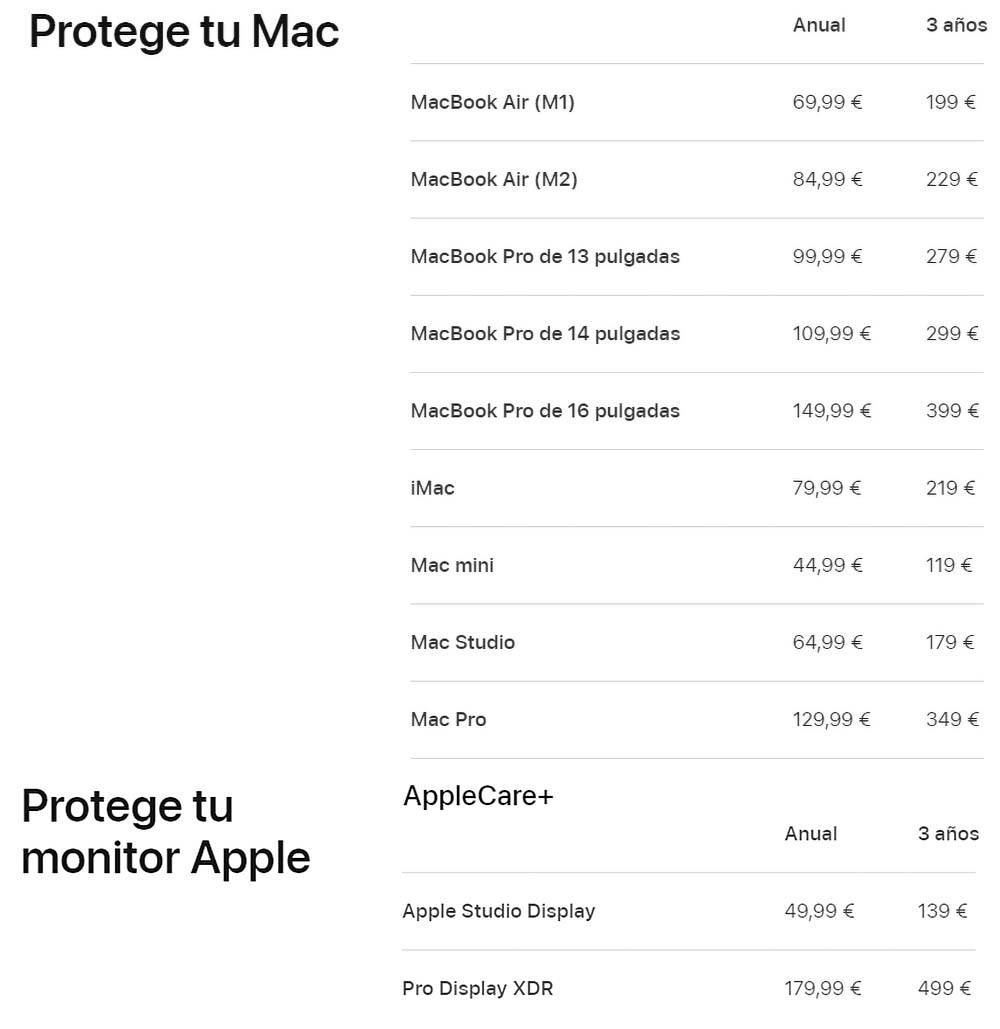 While it may seem that the prices mentioned above were quite affordable, everything has its catch. And it is that, as Apple says, they are the base prices, because if we go to the iPhone 14 Pro and Pro MaxAppleCare+ costs €12.49 per month Y €249 every two years. From here, we see the prices go up a lot if we go to the Mac computers, MacBook laptops and monitors sector. Starting with MacBook laptops, we see that prices start from €69.99 per year for him MacBook Air M1although these rise rapidly to the €149.99 per year for him 16-inch MacBook Pro.

If we turn to Mac desktops, we see a similar trend, as the macmini part of the €44.99 per year and the macpro reaches up to €129.99 per year. Perhaps the most expensive thing the company offers is the AppleCare+ plan for its Pro Display XDR monitor. And in this case we are talking about 179.99 euros annually or 499 euros every 3 years. Also, remember that this service does not offer coverage for theft or loss of computers. But not everything is negative, because we have AppleCare + for the Apple Watch Ultra for only €5.99 per month119 euros in two years.

Bearing in mind that we are talking about a 999 euro watch, the relation between the service of Apple and the price of the product, is much better than in its computers. In the event that you want to see the rest of the prices to see if it is worth it, you can always visit the Apple website with the prices listed.