If you have played *text muted* Immortalregardless of its mobile or PC version, after a few minutes of play you will have appeared numerous loot boxes and microtransactions. Although it is possible to advance in the game without spending a single euro cent, the more money you invest in the game, the more months of boring farming you will save yourself to be the best. This has led to a controversial situation and Blizzard want to make some changes *text muted* 4and these go through ensuring that to pay in the store we will not become more powerful.

*text muted* 4 it will not remove microtransactions In itself, this is something that we want to make clear, because Blizzard is not this type of company, and more so after seeing the Immortal numbers. In fact, not only do you have to pay for the full game, but it will also have a monetization system. Fortunately, the company has assured that it will not follow the same path as *text muted* Immortalin which we could spend €100,000 or more in improve our character. So with Diablo 4 we will have an in-game store again, but more aligned with the rest of the industry.

Diablo 4 will have a cosmetic shop and season pass

Here we can summarize the monetization system that the future Diablo 4 will use would be limited to offering cosmetic elements. At least that is what the company promises. These, commonly known as skins, they will give us that personalized touch to our character, without making it more powerful. In this way Blizzard justifies that Diablo 4 is being developed as a live service game. This means that you will receive new content during yearssomething similar to video games like Destiny 2.

With this, Blizzard ensures that this game will be based on seasons, where we can acquire a battle pass. Here we have the second way that Blizzard will earn more money in Diablo 4, although like the store, paying for it will not give us an advantage in terms of having our most powerful character. And it is that, with the free version of the battle pass, we will get extras cosmeticsthe premium currency that uses Diablo and game boosters. The latter will be obtained at no additional cost and we can all access them, assuming a huge change compared to Immortal. Secondly, the paid version will only have skins and premium coins, removing any way to enhance our character or receive better equipment. 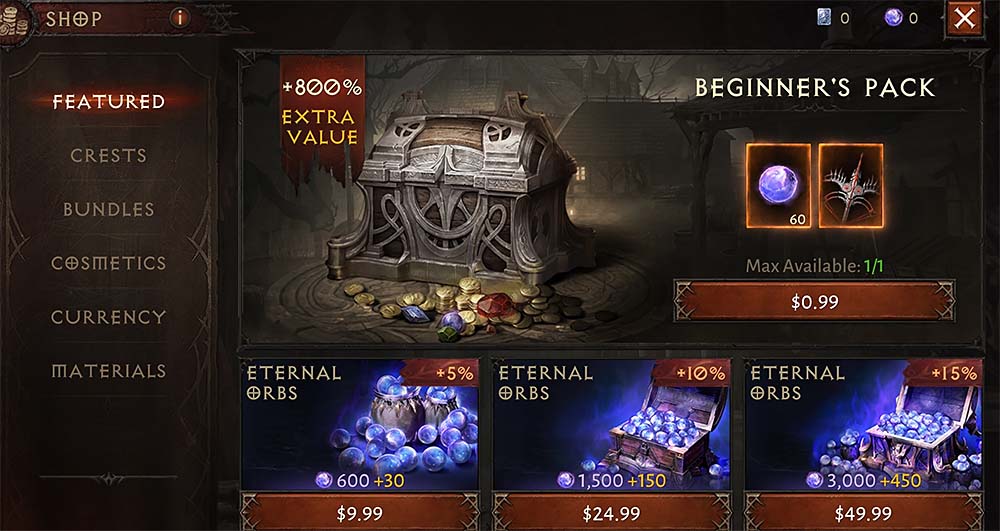 If we thought that this new and fairer monetization system was going to affect Diablo Immortal, we are very wrong. Blizzard will keep microtransactions and loot boxes, along with their high cost as is. And it is that, Immortal is still the goose that lays the golden eggs, despite the drop in the number of players regarding the release. So, Blizzard bets on this new system, in an exclusive PC game, which if it had been launched with the other microtransaction model, would probably have been a failure.

For this reason, Diablo 4 will finally have a skin store and a battle pass that will offer us aesthetic improvements only. They wait like this avoid another situation of controversy and critical of expensive payment systems to stay ahead of the rest. Thus, we can end having the better stats and gear in our characters, for the mere fact of having left a fortune in them.

The GTA Online Billionaires Club now has a new member. A user shows how much playtime they put into the...