Playing video games has been considered a harmful leisure activity in certain aspects, although beneficial in others. Sitting while playing video games can be seen as promoting a sedentary lifestyle, but at the same time, its advantages at an educational level and how it improves our cognitive abilities and even our mental health have often been discussed. The funny thing is that now they mention that video games like Call of Duty could you help us improve our driving skills.

Many times it has been talked about how video games are beneficial to people’s health. This time we are not talking about physical health, since unless we play a VR title or that asks us to move, we will do little exercise. Rather, what we are referring to is the mental health benefits that they offer us. Games like Dark SoulsElden Ring either competitive video games, They motivate us to improve ourselves and be better at something. It may be unconvincing, but there are times where the people suffering from depression and similar symptoms, has found in games of this type an outlet that allows them to focus on that and disconnect from your day to day. But not only this, but another of its benefits (apart from the educational one for children), is that playing video games improves our cognitive ability.

Playing Call of Duty can improve your driving skill

Video games improve our eye-hand coordination, since we have to be aware at all times of what is presented to us while we control everything with the remote. However, according to a 2014 study conducted at the University of Toronto, playing action video games like call of duty either Assassin’s Creed eye-motor coordination did not improve. Although curiously they highlighted that this type of games did manage to improve the sensorimotor learning.

In this study, players of Call of Duty and similar games had a improved visual response. This implies that they were able to respond faster and correct the direction, something that we can directly relate to driving. In fact, in the TED talk that we show, Dr. Daphne Bavelier assures that playing video games does not damage the eyesight as they have always said. In fact, she says that players of games like Call of Duty have greater visual acuity and perceive shades of gray bettersomething that would improve the driving when it’s foggy. Curiously, it does not mention driving games like Grand Touring either Forza Motorsport and focuses on fast action games. 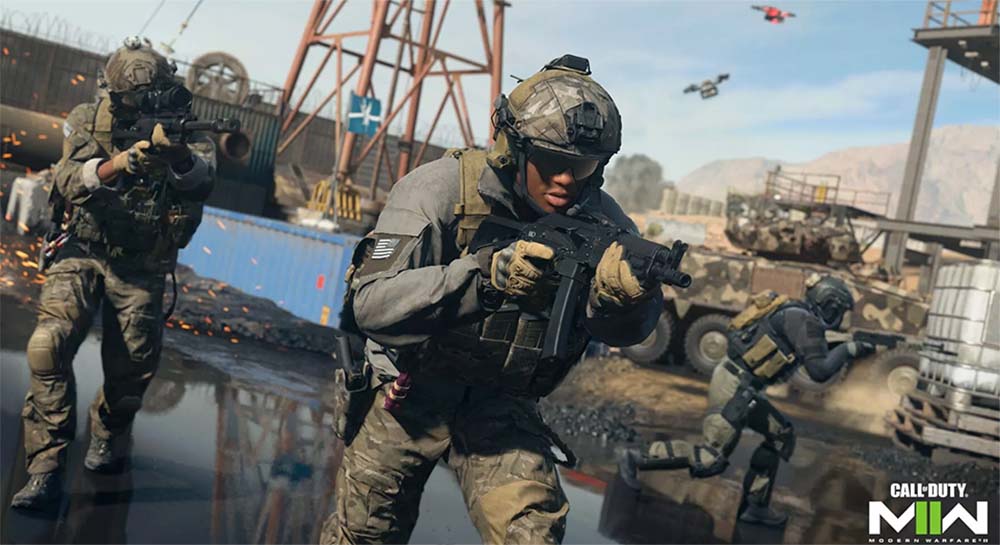 Bavelier continues to praise Call of Duty, as its frenetic action makes us more attentive to any changes. This is something fundamental when driving, because we have to take into account other cars, the maximum speed, citizens walking, traffic lights and signs. Also, in a movement test they did, video game players were able to control 7 or 8 objects at a time, while the average for the others was 3 or 4.

All of this was scientifically confirmed, as Bavelier’s team conducted tests comparing brain images. In these he discovered that players of games like Call of Duty develop the parietal lobe, frontal lobe Y anterior cingulate, which are responsible for attention, concentration and conflict resolution, something fundamental in driving. A study with similar results in Shanghai concluded the same thing, that playing action games improved driving skills.