From HDD to DNA, this is how Seagate will store information in 1 gram of genome
Advertisement

For some time, alternative ways of storing data other than conventional media, such as hard drives, have been sought. That is why companies like CATALOGhas investigated another way of storing data, using strings DNAsomething that has caught the attention of Seagateknown for its hdd and SSD, which has decided to make a collaboration.

Storage on hard drives has been a cheap and relatively compact way to carry several terabytes of information with us. However, there are researchers who intend to look for alternative ways to store this data. One of them was the startup CATALOG, because a few years ago it managed store Wikipedia in DNA strands. Although it could be a technological feat, Seagate has decided to collaborate to take it one step further.

The company dedicated to synthetic DNA research was founded in 2016 by scientists at the Massachusetts Institute of Technology (MIT). Although the use of DNA as a form of storage may not sound familiar to us, in 2019 it was already a reality. And it is that, at this moment CATALOG uploaded a video showing that they had managed to store Wikipedia in synthetic DNA strands with a maximum capacity just over 16 GB at the time. It’s an impressive thing considering the volume it takes up, but there were plenty of downsides to the process. And it is that, the final result had a speed about 0.5MB/s, something that today is totally unacceptable. On the other hand, the high cost for the creation of these storage units by DNA, it is much larger than an HDD and therefore Seagate wants to participate and improve the process. 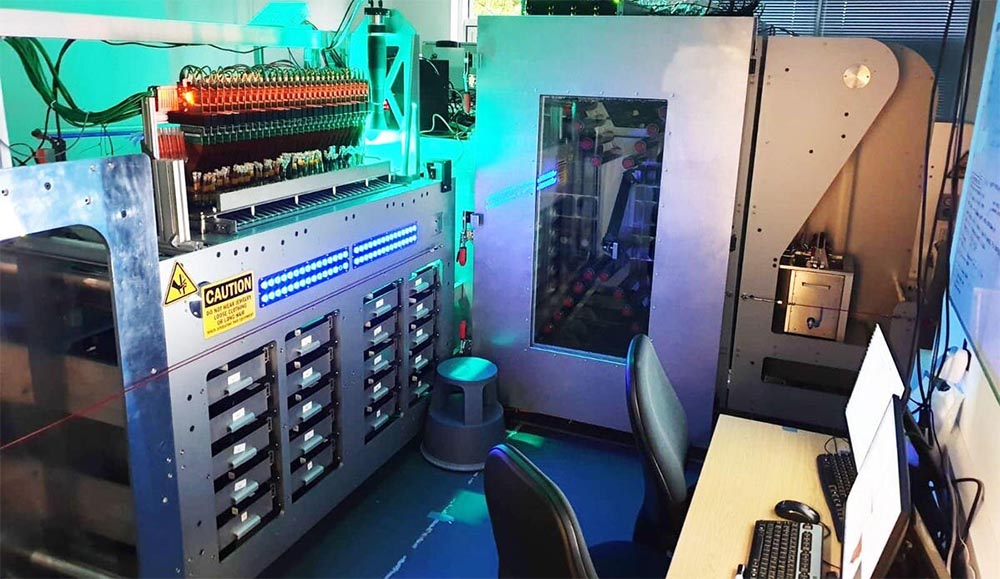 Seagate will collaborate with CATALOG by solving the main problems it has when it comes to turning DNA into an alternative storage to HDD. The first problem of all, is the machinery size in order to carry out this process. And it is that, as we see in the photo, the first generation of the DNA storage platform occupies like a medium size kitchen. The goal here is power reduce the size by a factor of 1,000 during the collaborative development between both companies.

To do this, Seagate will use technology “lab on a chip” to reduce the volume of chemicals needed for storage and production. So, thanks to Seagate, it will be possible to mix droplets of DNA in dozens of reservoirs to produce chemical reactions. After this, search and analysis, learning automatic or optimization of processes.In addition, the energy consumptionsomething very useful in IoT devices. But the interesting thing for us would be the possibility of seeing even more compact storage than we know for desktop PCs and laptops.

And it is that, synthetic DNA is a potential candidate to achieve a higher data density than any conventional storage. In fact, in its day, CATALOG claimed that it is theoretically possible to store up to 200 exabytes (200 million terabytes) in 1 gram of DNA. However, there is still a long way to go in this area, so let’s hope that Seagate advances the technology with CATALOG and we have capacities much larger than an HDD in a tiny DNA.