M: YES announced its entry into the market for top-of-the-line PCI-Express 5.0 SSDs with the MSI SPATIUM M570. We thus come across an SSD in M.2 2280 format that complies with the NVMe 2.0 compilation and the PCIe Gen 5 interface, together with the most advanced Phison controller, the PS5026-E26, to become one of the SSDs fastest on the market. Alongside this SSD, he also announced a SPATIUM M460 with PCIe 4.0 interface.

As revealed by the company, its MSI SPATIUM M570is capable of offering sequential speeds that will overcome the barrier of 12,000MB/s in reading and 10,000MB/s in writing. According to the first tests carried out on an MSI Z690 GodLike motherboard, the drive managed to reach a read speed of 12,351.09MB/s in CrystalDiskMark benchmarking software, while the write speed was 10,119.38MB/s. This makes it one of the fastest drives currently available on the market. According to the company, in a RAID 0 configuration, these SSDs can even reach transfer speeds up to 170% faster.

Rest of the information of the MSI SPATIUM M570 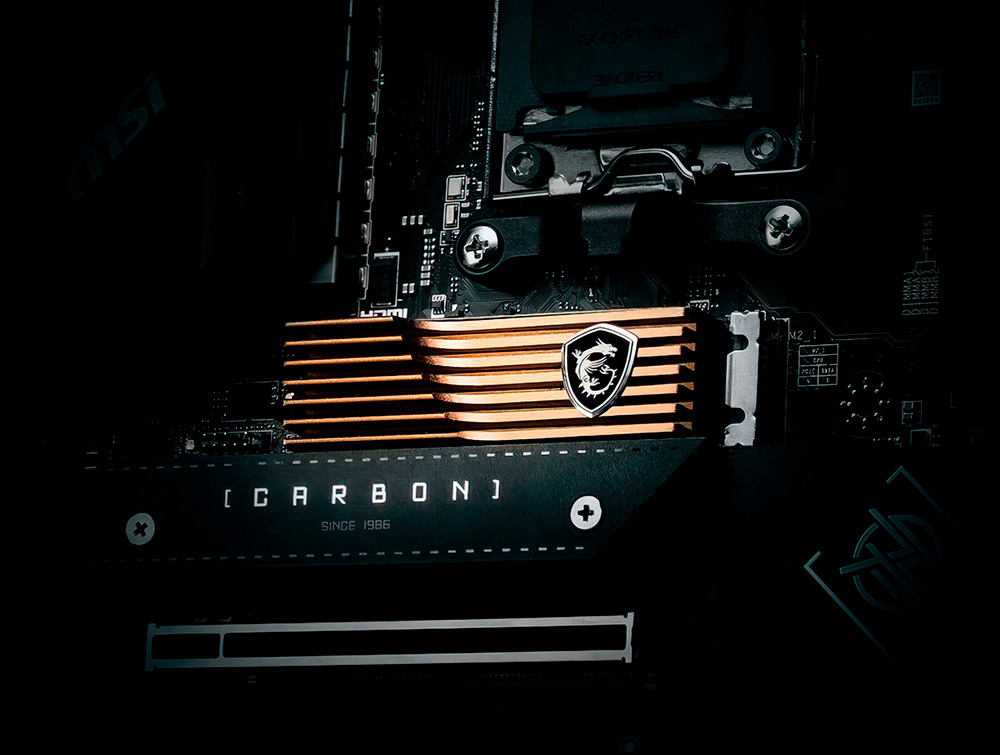 Finishing with the information, we know that this unit will be available in three storage capacities (1TB, 2TB and 4TB), and that it has an eye-catching cooling system in gold color next to the MSI logo. This is nothing more than an aluminum heatsink with pronounced channels through which the air current generated inside the system will circulate to maximize heat dissipation. Do not expect any details about its availability and sale price. 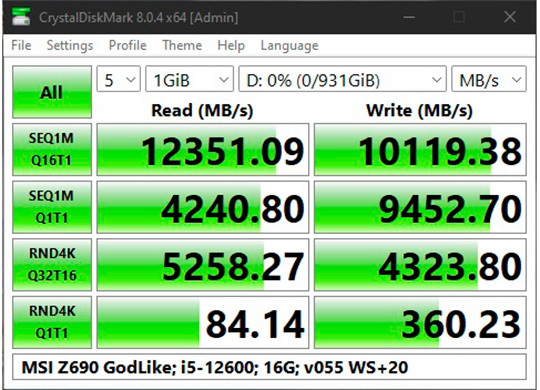 “The cooperation between Phison and MSI started with the SSD product line. Since both companies have their own expertise in NAND controllers and computer system integration respectively, and in addition to SSDs, MSI has also been actively expanding its strategy in the fields gaming, content creators, commerce, industry, robotics, and even automotive in recent years, where application markets are in line with Phison’s long-term strategy, so the two companies hit it off,” said KSPua, CEO of Phison Electronics.

“The SPATIUM PCIe 5.0 SSD released by MSI has adopted Phison’s E26 SSD controller this time. Since the performance of PCIe 5.0 is much faster than the previous generation of PCIe 4.0, the two companies have carried out many tests and discussions on power consumption and heat dissipation, which is valuable cooperation experience. In the future, Phison will continue to support MSI through controller technology.”

On the other hand, the company announced the launch of the MSI SPATIUM M460, an SSD with PCI-Express 4.0 interface and with an optional cooling system. This unit is mid-range within said interface, since it reaches sequential reading speeds of up to 5,000MB/swhile writing can reach a maximum speed of 4,500MB/s.

This storage unit is available in four capabilities (250 GB, 500 GB, 1 TB and 2 TB), the optional heatsink, also in gold / copper color, promises to significantly reduce temperatures. According to the company, under heavy load circumstances, the temperature can be lowered in nothing less than 20 ºC. Additionally it is indicated that this unit is supported by 5 year warranty.

Controversial topic like few others, and quite speculative in a certain part of the text without a doubt, but we...

BEAN and Rhuckz could play Worlds 2022 with Fnatic

The World Championship 2022 It does not start in the best possible way for Fnatic. Days ago they issued a...