There are really no surprises, but it helps to confirm the models and specifications of the models that were not officially announced, which are all those from Core i5-13600K down. In essence, we will have 22 CPUs counting on the variants “F” (no integrated graphics) and “T” (low power consumption).

Advertisement
Read  The RTX 4060 and RTX 4050 have been spotted, when will they hit the market?

Officially the next October 20 we will have the reviews and the launch of the first CPUs, which will be the Intel Core i9-13900KCore i7-13700K and Core i5-13600K with its “KF” variants. The rest of the lower power models, with the multiplier locked (without the “K”), and those with low consumption (“T”), are expected to be officially announced later this year. or early January at CES in Las Vegas alongside more affordable motherboards powered by the Intel B760 and Intel H770 chipset.

Of course, if you want a cheap motherboard, you won’t have to wait for January, since you can take advantage of the current Intel Z690, Intel B660 and Intel H670 motherboards.

In essence, the most basic processor that we will see at the beginning, it is the Intel Core i5-13600KF with a setting of 14 cores and 20 threads (6x P-Core + 8x E-Core) @ 3.50/5.10GHz no integrated graphics. Already seen listed at a price of €379.90while the “K” version, which is identical in specifications, but with active iGPUit has a price of €409.90. For reference, in the same store, the AMD Ryzen 5 7600Xwith 6 cores and 12 threadsit has a price of €370.99. That is to say, we are talking about just 9 euros difference, and the difference in multi-core performance the Intel CPU could devastate.

Advertisement
Read  Core 14s have a VPU upgrade on Linux, how is that possible? 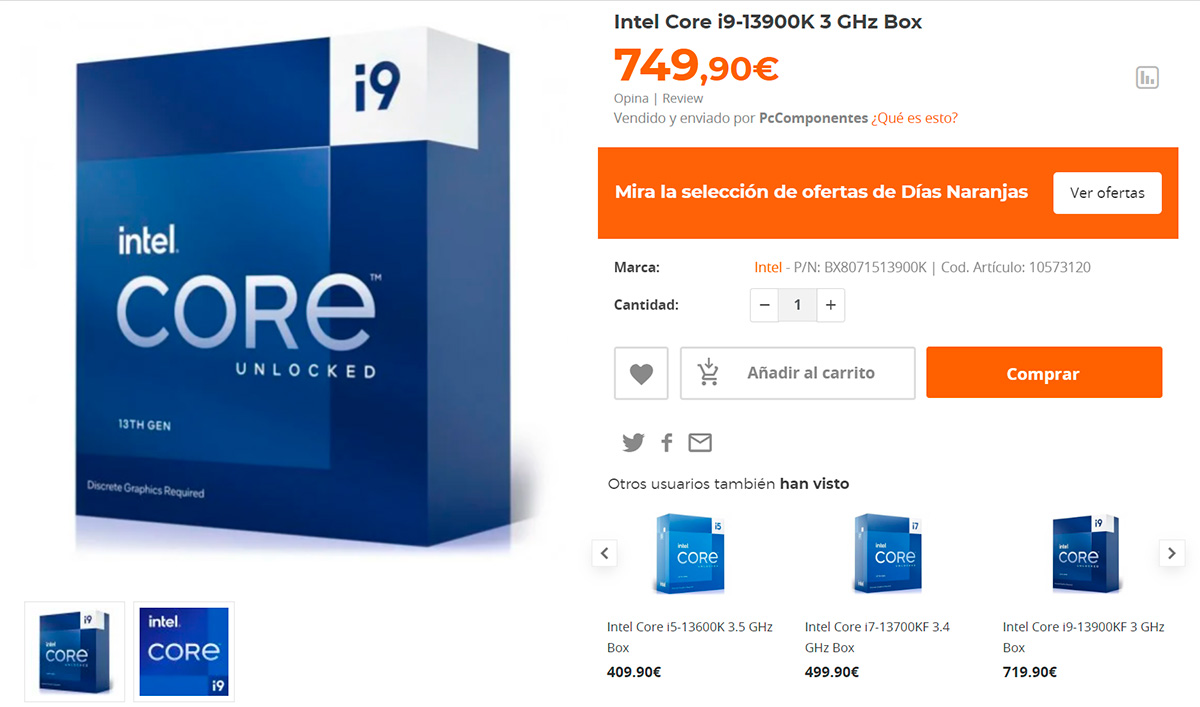