Apple will change Augmented Reality with its glasses, but they will cost $2,000

JETT: The Far Shore is getting free campaign DLC in 2023

What two weeks ago was a rumor based on a table with IDs and features that they gave us to speculate on what Intel would launch on the mid-range and low-end Core 13 market, today is a reality. Although the data has changed a bit, what must be clear is that Raptor Lake in its most affordable models will not be what neophytes expect, since the low-end Core 13 are really improved Core 12 and only partially . Why is Intel doing this?

History repeats itself, but with an important nuance. With the Core 12s the K and KF ranges within the i5s were different from the normal variants and without these final terminologies, which segmented the product line, but they were all from the 12 series. Now, Intel is going to sell processors from the 13 series with slight modifications that, logically, belong much more to the 12 series than to the new Raptor Lake and this has interesting connotations to deal with. 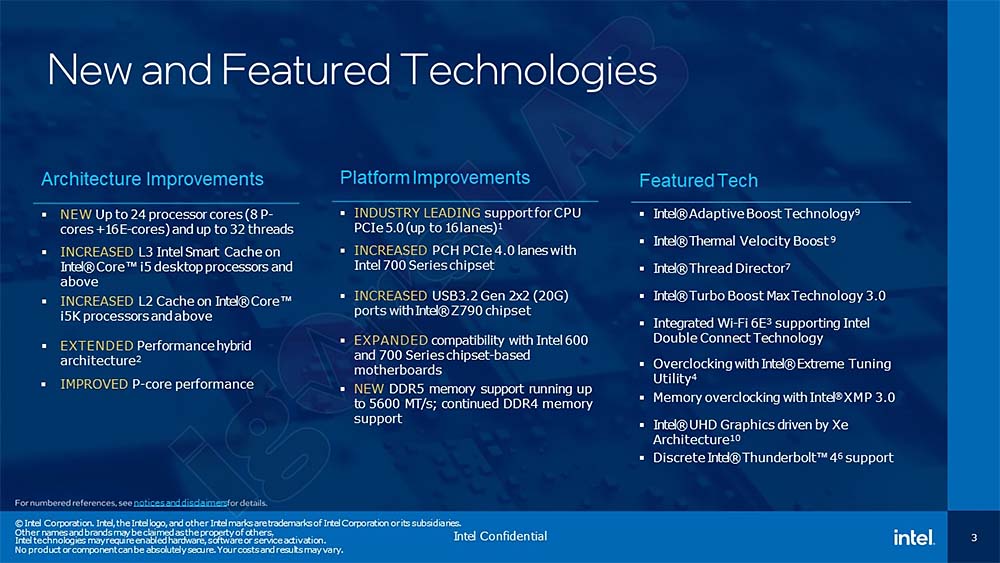 We speculated about it at the time and we weren’t going wrong at all, not to say we were heading in the right direction thanks to the brief rumor that was given. A leaked slide yesterday hints at what’s to come, and as you can see in the image above, the Raptor Lake will have two defining features for the Core i5.

First of all, they will have an L3 cache bump in general, but suddenly Intel is more precise and specifies that only the K-series i5s will have an L2 cache bump, i.e. only these processors will be Raptor Lake. Why is this nuance that changes everything important? Let’s see its technical characteristics to understand it.

To understand Intel’s movement, it is necessary to know that Alder Lake (Core 12) has an L2 cache of 1.25 MB per P-Core core in its P-Core, while in E-Core the figure drops to 0.5. Instead, Raptor Lake (Core 13) increases those values ​​to 2MB and 1MB respectively.

This means that the P-Core and the E-Core are really Alder Lake with the only improvement of the addition of the L3 for maintaining the dies of the superior processors, which start from the i7-13700K as the top of the range for the wafer mask. The rest of the models that follow are simply chips that have not passed the cut for this one and that Intel begins to cast to be more profitable and complete the range down to the i5-13400 that it is a new specific and smaller die for the three remaining models.

This leaves a complicated panorama for the lower mid-range, since the 7600X from AMD will compete with the 13600K, but will be much higher than 13600 dry, since between the differences in frequency and the capping of L2, the latter will not be able to compete. But at the same time it is in an advantageous position, because AMD will not have anything below the Ryzen 5 7600X to compete and it would only have the 5800X3D and the 5950X to fight there, except that at prices much higher than the one that the i5 surely has. -13600 and with a much higher consumption.

Intel’s move is good, very smart, but I would have to specify that from the i5-13600K and down the range, what we are going to buy is an upgraded Core 12, not a Core 13 really. Leaving everything to a slide where the L2 theme is specified does not seem like a very honest move by the blues, but we hope that with this article everything becomes clearer and that when buying we know what we stand for.

Kicking off the spookiest season, Respawn now revealed the Fight or Fright event in Apex Legendswhich starts in a few...

Razer has become a true lifestyle brand in recent years, with products and initiatives that go beyond the demographic of...

This website uses Google Analytics to collect anonymous information such as the number of visitors to the site, or the...

This external hard drive has good transfer speed and costs only 35 euros. The internal memory of smart devices is...

The first months of 2022 offered gamers a number of new blockbusters to the already existing offer in the iGaming...

An exploit in the PvP battleground “Thousand Winters” has massive consequences for WoW WotLK Classic. There is almost infinite honor....