Marvel’s Avengers is a video game based on Marvel’s Avengers and available since September 2020. Although it should be said that an improved version was released in March 2021 for next-generation consoles such as PS5 and Xbox Series X/S. We can say that the game has had quite mediocre reviews, especially from users. Now, Marvel’s Avengers announce what will be its latest expansion and also officially Crystal Dynamics confirm that it will give end of game support.

It’s been practically two and a half years since Marvel’s Avengers hit consoles PS4, Xbox One, PC, and even the defunct Stadia. Back then, there was a lot of hype from fans of the Marvel superhero saga. And what to say, that in the first trailers the game seemed to meet expectations. But as usually happens at the time of reality, the video game did not stand out and be what everyone expected. The graphic aspect was good, but the gameplay was considered by many users as something repetitive and boring. Besides, the history was not his strongest point, so in the end it ended up being a game that did not even reach a notable rating on platforms like Metacritic. In fact, in this we can see that the users voted with a 3.4/10 to PC version.

Marvel’s Avengers will receive its last update on March 31 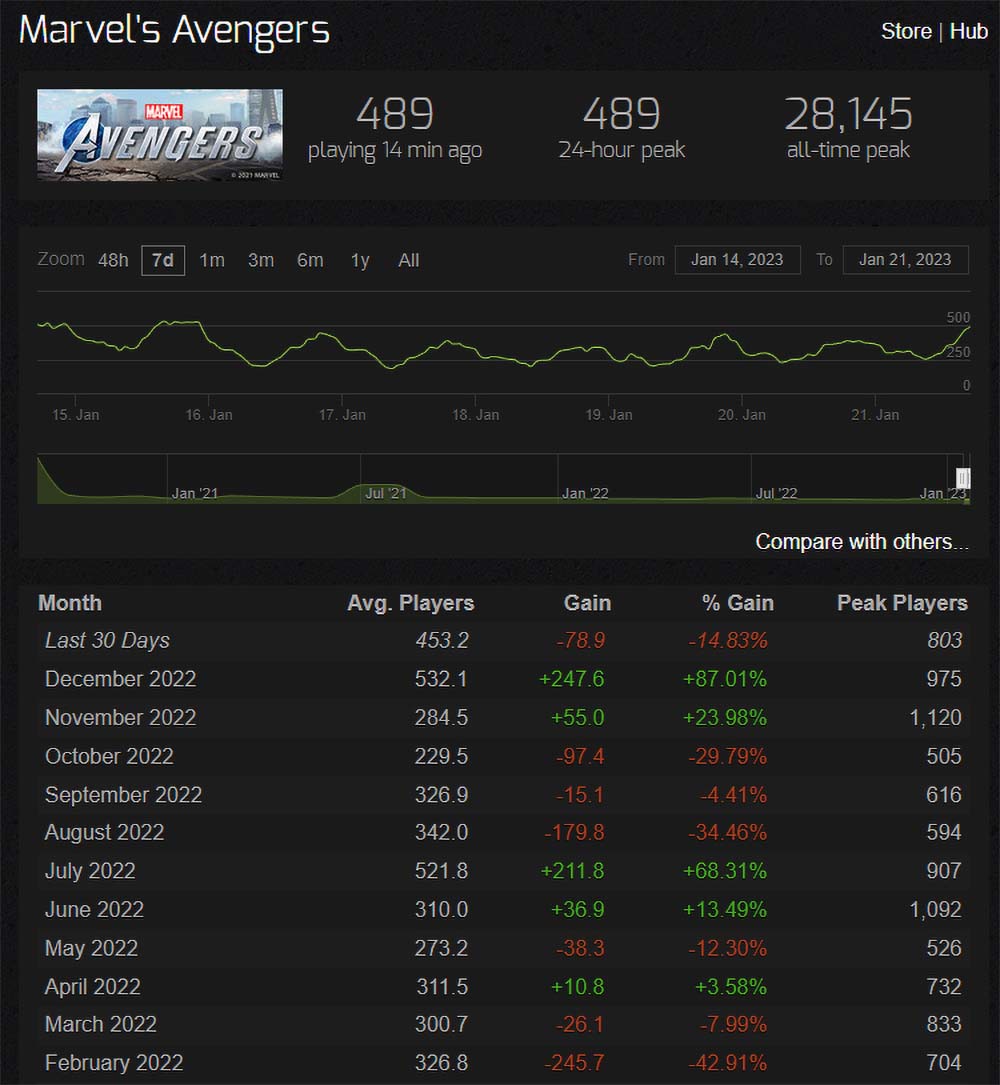 As of today, the number of PC gamers playing Marvel’s Avengers it’s just a 2% of maximum peak it reached during its launch. It is common to see huge drops in players after a few years have passed since the launch of the title, but the truth is that least 500 peak players on Steam throughout the world, they are very few. The game has not been as successful as expected and it is clear that its end is near.

Although we do not know the data for console players, what we do know is that its developer, Crystal Dynamics, has officially said that the latest game update will arrive on March 31, 2023. This will come as update 2.8 and it will bring changes to the balance of the game, although no new cosmetics will arrive.

Support ends on September 30: they will give away all the content 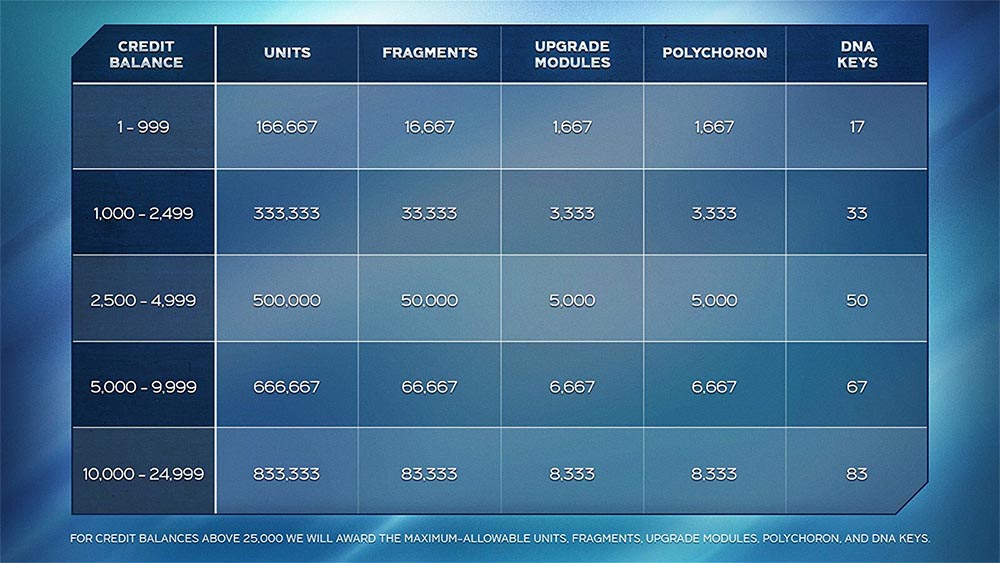 The reason why no new cosmetics will arrive is quite logical, since the developers have also ended support for Marvel’s Avengers. Specifically, they will leave the development of the game next September 30th. Although it may be a sad ending for the fans, this Marvel’s Avengers Endgame is going to be finished in style. And it is that, as a token of appreciation to the gaming community, they will give away all the content.

Yes, as you read, all the premium content of the store of cosmeticsincluding the suitsthe emote, name plates and more. According to the company, all players who own a copy of Marvel’s Avengers (including players of GamePass) will be able to receive all this content for free starting March 31. Also, credit packs will no longer be purchasable in the store and all remaining money will be converted into resources for the game, something that you can check in the table that we show.

Netflix puts a deadline on the use of shared passwords
Sonic’s co-creator shares sketches of how his first video game came to be
Advertisement
To Top
We use cookies on our website to give you the most relevant experience by remembering your preferences and repeat visits. By clicking “Accept All”, you consent to the use of ALL the cookies. However, you may visit "Cookie Settings" to provide a controlled consent.
Cookie SettingsAccept All
Manage consent