On July 30, Intel confirmed that what will be the 14th Generation of Intel Core processors will have a “versatile processing unit” for AI and inference in short, a VPU developed by Movidius.

Now the development team continued to expand some of the new features that we will see, and in regards to the graphic sectionthe latest patches introduced in the Intel graphics compiler reveal that your iGPU would support RayTracing hardware acceleration.

“Regarding hardware RayTracing support on Meteor Lake GPUs […] the code that determines its support reveals that the Meteor Lake GPU supports it as well as the Arc Alchemist / DG2 and Ponte Vechhio graphics because there is no change, “said the Asian portal Coelacanth-Dream.

In this way, with this movement Intel is equated in one aspect to AMD integrated graphicsand it is that with the launch of the Ryzen 6000 processors, graphics equipped with the RDNA2 architecture were integrated, which has units dedicated to ray tracing accelerationthe so-called Ray Accelerator.

The iGPU is reportedly based on the Intel Xe-HPG architecture, and while it does offer support for RayTracing, will lack XMX unitswhich implies that Intel is not adding an added value to these charts. This means that the company does not see it interesting that they take advantage of the rescaling technology Intel XeSSwhich would add an extra performance boost to make up for the iGPU’s shortcomings. 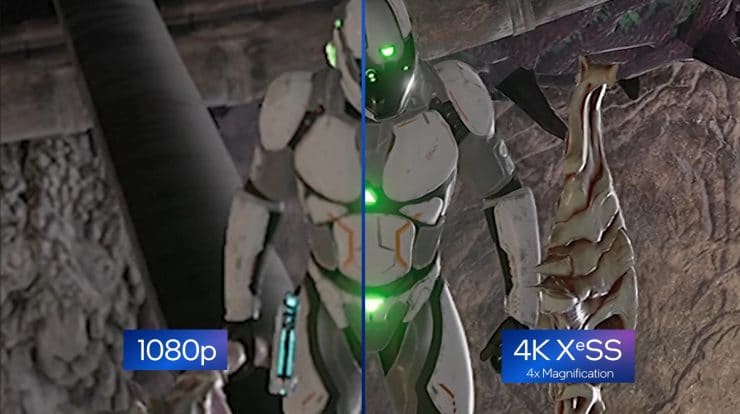 Like the Nvidia DLSS, Intel XeSS technology is based on neural networks, that is why they are direct rivals in terms of quality and performance. This technology will be based on motion vectors and buffers, which should improve the quality of motion graphics. In short, it is backed hardware to speed up the AI.

Specifically, it is supported by the engines Intel Xe Matrix Extensions (XMX), which have 16x more compute power to complete AI inference operations compared to traditional GPU vector units, which can boost performance in creator, gaming, and productivity applications.

Intel Xe-HPG iGPUs will once again bring a performance boost

Continuing the original story, the iGPU will not support DPAS instructions (Dot Product Accumulate Systolic), as they run through the XMX units. At least it will have partial compatibility with FP64, something that until now no iGPU from the company had had.

Additionally, the Meteor Lake charts could eventually offer up to 192 execution units (1536 cores), which will imply a significant performance improvement over current graphics intel iris xewhere with the launch of Raptor Lake the 96 EU (768 cores) seen with Alder Lake. In this way, a more advanced graphics architecture is offered in addition to the corresponding increase in cores.