If DirectStorage hasn’t already debuted as such in Triple-A games, Microsoft is going one step ahead and suddenly announcing a new variant of this technology, now amounting to DirectStorage 1.1. The novelties are very interesting from the hardware point of view, since with Direct Storage 1.1 it adds GPU decompressionwhich has significant performance improvements in games.

The preliminary version and not yet used by any game already left a good taste in the mouth by improving the performance between the SSD and the GPU, as well as with the CPU in cases where it was necessary. But the processor is still very much needed to do jobs that are easily parallelizable, and that’s where Microsoft comes into the game once again. 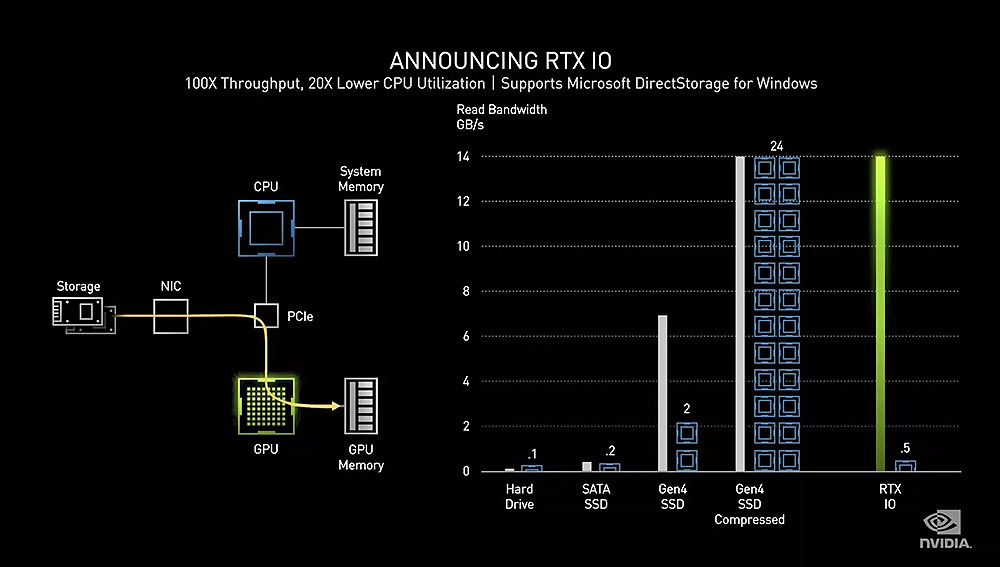 It is well known that any current game requires an immense amount of data to be able to represent a scene and as usual, we drag the problem that everything has to go through the processor to be worked on and return it or export it to the GPU or RAM, even both on many occasions.

Due to the size of the registers and caches of each CPU, RAM memory takes on an important meaning in the fact of storing this information, which is sent to the processor to work with the data. Therefore, it is necessary to compress them, so that the CPU can work with them by decompressing them and then sending them to the GPU, specifically to the VRAM, ready for the pipeline.

This implies that load times and draw calls are limited by CPU and RAM performance. Direct Storage 1.0 removed part of that limit directly access the SSD to be able to import certain data from an NVMe model, but still the compressed data was sent to the processor for obvious “speed” reasons. Now this changes, since DirectStorage 1.1 introduces GPU decompression.

Incredible performance at zero cost to the user 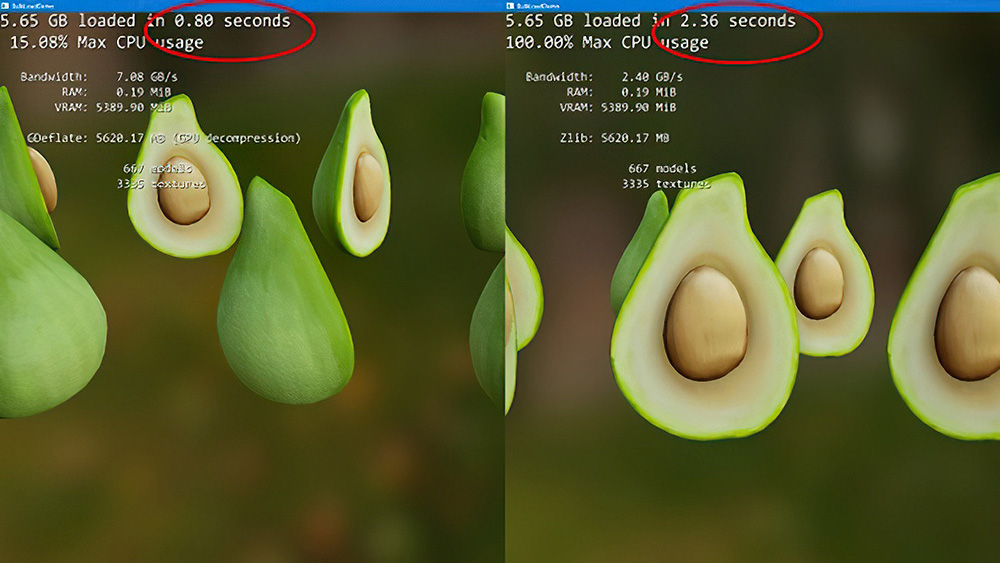 The data that Microsoft has shown in a sample of software highly optimized for the task reveals that with the necessary work on the part of the programmer, it can be achieved. increase performance almost 3 timeswhich is the same, loading a scene in VRAM almost three times faster and above all, free up 85% CPU of this decompression task. This leaves the processor more free to perform other related tasks in the game, being able to push the FPS more.

Microsoft DirectStorage 1.1 with GPU decompression will work on Windows 10 and Windows 11but the latter has a better optimization for IOs. For storage devices, Microsoft recommends a NVMe SSDs for its higher performance, or at least the game files are saved on these types of solid state drives to see the improvements of this API.

Finally, we have to know the GPU requirements, where Microsoft ensures that anyone who is compatible with DirectX 12 you will be able to use DirectStorage 1.1, but it will also require Shader Model 6.0which means that in amd it will be from the architecture CNG 2.0 (Radeon RX 200 and upthere are some exceptions, such as the HD 7790 or the HD 8770 which are Bonaire architecture) and in NVIDIA since Maxwell (GTX 900 onwards).

Likewise, Microsoft hasn’t revealed the arrival date of DS 1.1, but it’s already advising developers to start mastering its version 1.0, because the requirements will require an IO check and four new GPU resource requests.

The entry Microsoft DirectStorage 1.1: the CPU bottleneck is over appears first in El Chapuzas Informático.