Many of us complain about the high prices at which NVIDIA graphics cards are. But this was not always the case, because if we go back in time to see the young Jensen Huang without a leather jacket, he thought very differently. The CEO of NVIDIA at that time I was looking to offer cheap GPUs in 2011something that fulfilled its GTX 580but the leather jacket does not pay for itself, as we can see with the price of the RTX 4080 and RTX 4090which they cost more than double and almost 4 times morerespectively.

Buying a high-end graphics card to play the latest games with ultra graphics hasn’t always been this expensive. While it is true that today a graphics card like the RTX 4090 costs you an arm and a leg, if we go back a decade in the world of PC hardware we see a rather different situation. Let’s go back to the years 2010 and 2011, where NVIDIA sold its top-of-the-range GPU, the GTX 580 with 1.5GB by heart for a recommended price of $499. But best of all, is that when the price was transferred to euros, this GPU was cheaper, being able to see the one NVIDIA KFA2 GTX 580 custom with triple fan for only 475 euros (taking advantage of 2011 botched articles).

Jensen Huang had a dream when he was young: to make cheap GPUs in 2011

Jensen Huang, the well-known CEO of NVIDIA wasn’t always like we know him today, with his leather jacket and expensive graphics cards. And it is that, if we go back in time to the year 2011, we have a quite changed Jensen Huang as a young man, giving a talk at stanford university. here we have it no leather jacket no matter how strange it may seem to us and it is that perhaps this is the cause of his greed. Well, in this Stanford talk we see him speaking in a more humble, thoughtful and even idealistic way, a born dreamer.

Read  Overwatch 2: All the details and trailer of Season 3

But if we go further to about the minute 8:30, we will find a phrase that has aged like milk and not like the wine of AMD drivers. And it is that, the objective of the young CEO of NVIDIA in 2011 and of the company, was develop cheap GPUs for gamers. We can say that it was not really a lie at that time, since the GTX 580 cost in USA just over 450 euros and the GTX 680 would arrive for a few 500 euros. imagine the sales success they would have had if prices had been maintained, adding, of course, current inflation.

We are in 2023 and NVIDIA graphics cards triple their prices 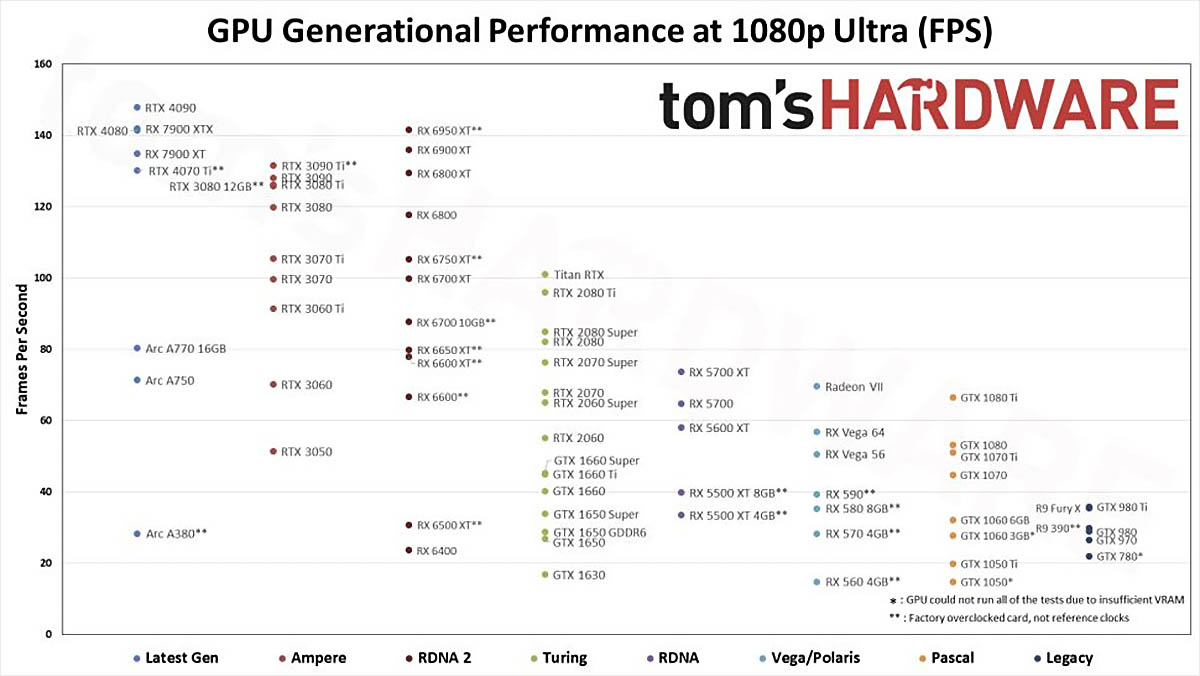 12 years have passed since the NVIDIA CEO’s talk and the promise of cheap GPUs has not been fulfilled, rather the opposite. The NVIDIA’s high-end graphics cards are already a long way from those 450-500 euros What did they cost back then? In fact, in the best of cases when we talk about the RTX 4080 in the American market, we are already in $1,199. As for Europe, this same graph was launched at a recommended price of €1,469. This means that NVIDIA GPUs have seen their prices triple compared to 2011-2012.

Although if we do the math, there is an even greater difference with the GTX 590 released by “solo” 649 euro compared to the RTX 4090 which launched at a recommended price of €1,959. Many of us want to return to that time where buying a GPU was not the same as paying the price of an entire PC in a single component. Unfortunately, in the economic situation in which we find ourselves, we will not see something like this any time soon. In fact, the GPUs that were worth $699 at that time, today they would be equivalent to $950 with inflation.

This is the advertising scam that affected 11 million mobile phones
Intel i226-V Ethernet have a defect that affects their connection
Advertisement
To Top
We use cookies on our website to give you the most relevant experience by remembering your preferences and repeat visits. By clicking “Accept All”, you consent to the use of ALL the cookies. However, you may visit "Cookie Settings" to provide a controlled consent.
Cookie SettingsAccept All
Manage consent