Again NVIDIA to the fore, again filtered information with confirmation according to sources from the company and once again, the chips to the fore. The revealed names again something that we already saw yesterday, and it is nothing more than the architecture of the AD102 and its specifications, but also, and there the interesting thing about the news, is that those of the attached chips that give life to the RTX 4080 in its two variants. Specifically, we talk about the AD103 and AD104 specifications. What news do we find?

Well, there are quite a few and very interesting from the point of view of densities, especially knowing now that the TSMC node known as 4N is not manufactured at 4nm as one might expect, but at 5nm as we have seen this morning, which changes quite a bit the perspective of advancing the architecture in terms of its performance. 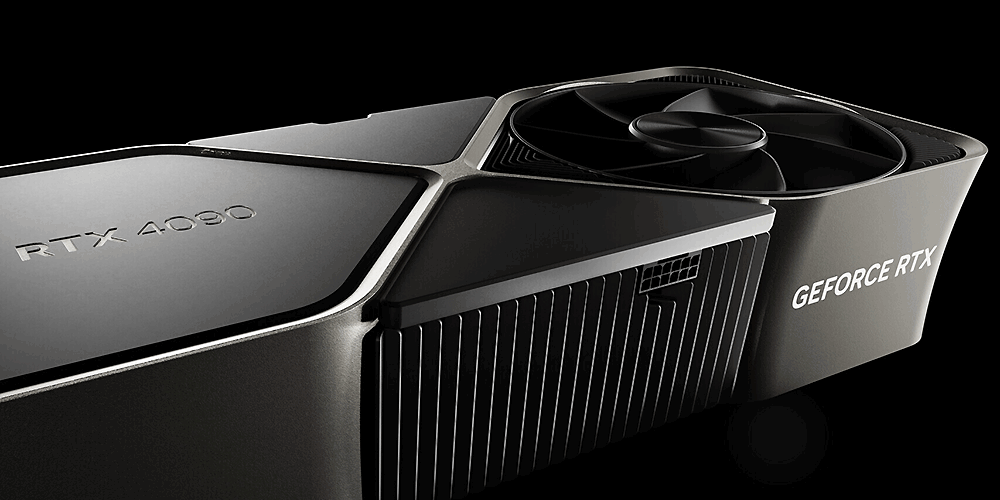 All three chips will be released soon with their respective graphics cards and it seems that NVIDIA has been very clear about what the objective is to take here. We do not know if it is a decision due to the imperfections of the wafer engraving, or because they have considered that the density that we are going to talk about is the ideal one for the highest efficiency and performance/consumption ratio, but the detail is curious.

They may be all at the same time, but before continuing to deal with the subject, let’s go with the rounded data:

Doing a simple calculation between area/transistor we see that the density of each chip is greater than 120 MT/mm2, mind you, millions of transistors, not billions, it is important to be clear, because the numbers are these:

Therefore, the numbers are so even that it is impossible that they have not been thought of in this way before, and on the other hand, they also explain the differences in performance of the chips between them, because they leave two free spaces to complete with two Ti versions, for example.

The smallest chip is half as big as the best Ampere

These data are very important, because we are talking about motors Render Output Unitalso known depending on where we move as Raster Operations Pipeline. The greater the number of them, the greater the rendering capacity the GPU will have, and as we can guess, the RTX 4080 12 GB is going to have a hard time matching the RTX 3090 Ti without using RT or DLSS, overcoming it will be a more than arduous task, at least on the paper. 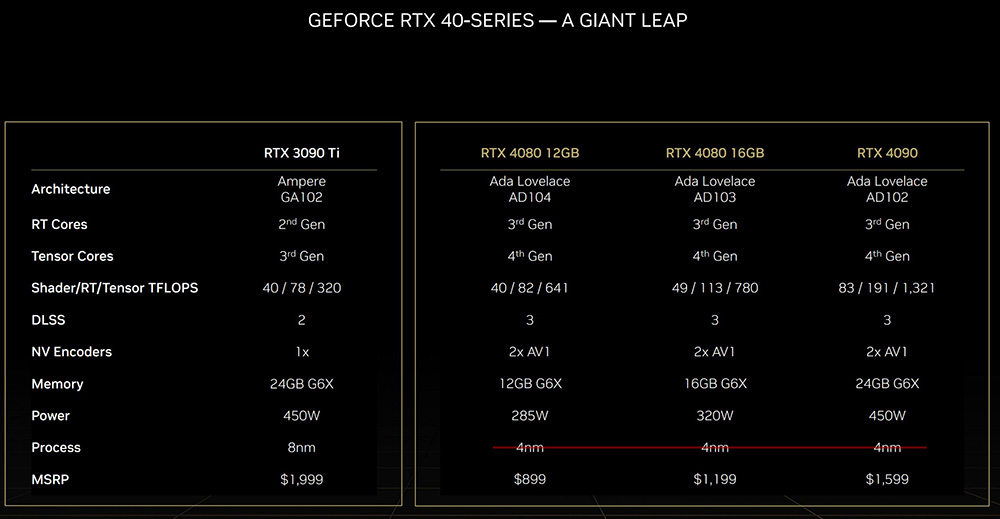 As a final detail, it turns out that the AD104 has been confirmed as the Full chip, that is, the mid-range and possibly part of the low range will have lower specifications as a result of the RTX 4080 12 GB, since they would be sharing a chip. This explains, as expected, the reason why NVIDIA would have designed this chip in that way, because anyone who does not pass the tests to be included in this GPU will do so for the rest of the range, lowering the final costs a lot of the RTX 4070 and RTX 4060 graphics cards in their different versions.