After many rumours, it had to be his own Raja Kodurithe head of the accelerated computing group at Intelwho has spoken publicly on his Twitter account to deny industry rumors that Intel would leave the graphics card business dedicated. Will there be cancellation of the Intel Arc? Or will they finally hit the market?

It is not a secret the many problems that Intel has gone through before launching its first family of dedicated GPUs, known as Arc Alchemist. Even after numerous delays, he managed to release a desktop GPU, the Intel Arc A380which only debuted in the Chinese market and was a bad idea, since it meant exposing a big problem, since the drivers they had numerous bugs at all levels, resulting in poor performance or even crashing of some games.

Raja Koduri is clear: Rumors of canceling his Intel Arc GPUs are helping no one 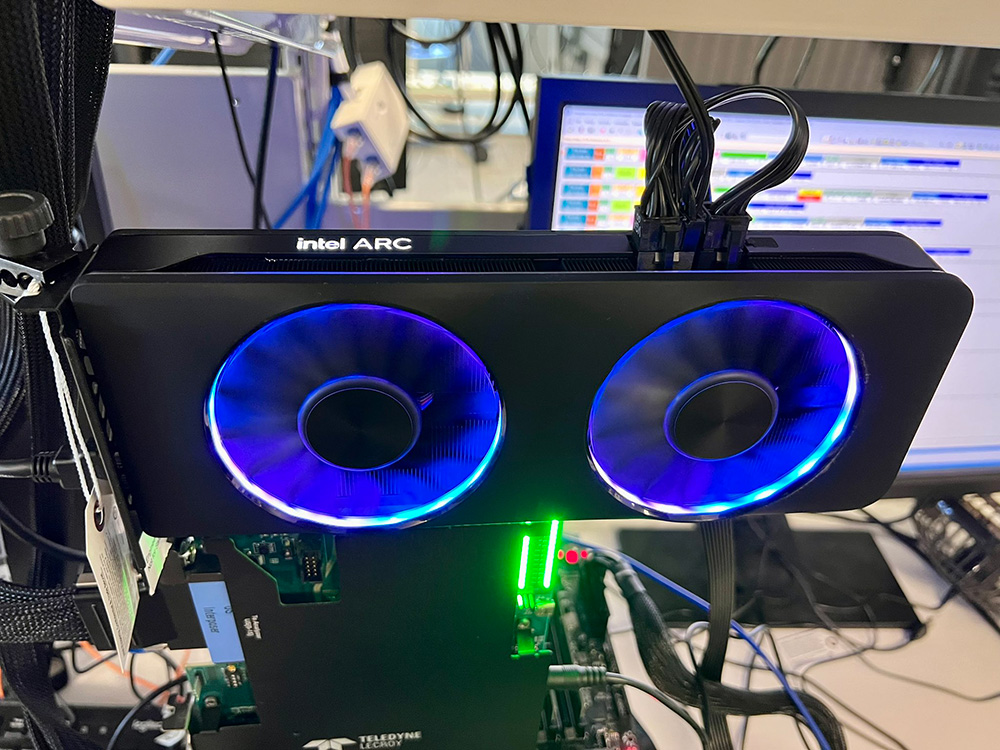 Given this, Raja Koduri announced that these reports do not help the team behind the development of these graphics cards. They also don’t help the PC community, and they don’t really help anyone. He made it clear that they were at the launch of their first generation of GPUs, and he admits that yes, they have had a lot more obstacles than thought, but they are still fighting not only to launch the current generation of GPUs, but also future generations already announced.

“[sobre la pregunta de una potencial cancelación de sus GPU] … we’re 🤷 about these rumors too. They don’t help the team that works hard to bring them to market, they don’t help the PC graphics community… You have to ask yourself, who do they help? We are still in the first generation, and yes, we had more obstacles than anticipated to overcome, but we persevered…”

we are 🤷‍♂️ about these rumors as well. They don’t help the team working hard to bring these to market, they don’t help the pc graphics community…one must wonder, who do they help?…we are still in first gen and yes we had more obstacles than planned to come, but we persisted…

This information comes shortly after Intel classified the launch of its Arc A380 as a failure. As we have already indicated, the company overestimated the fact that some brands would be willing to ship entire systems from China just to have publicity in exchange for integrating their GPU. Tom Petersonof the GPU division, admitted that the delays were not due to supply problems, but to the lack of preparation.

It also comes after the company confirmed that both the Intel Arc A770 and A750 will go on sale.”Coming Soon“. That yes, in a release so much limited in terms of territory as in units available for purchase. And of course, more than anything this information comes to eliminate speculation after Intel announced that it should abandon certain businesses.

During the interview conducted by Intel executives a few days ago, the company confirmed that the top-of-the-range GPU will be positioned between the NVIDIA GeForce RTX 3060 and its vitaminized version, the GeForce RTX 3060 Ti, in addition to being faster than AMD Radeon RX 6600 XT. In terms of RayTracing performance, it is stated that they will offer performance similar to that offered by NVIDIA Ampere architectureso it will be positioned above AMD.

The company also indicates that this is the final performance of your Intel Arc A-Series GPU. Although it will continue to receive improvements, these will be small, so its performance range will be as described above. Specifically, the company is clear, as it says that its GPU “can’t change much in terms of performance“To this is added that they indicate that it will be competitive in terms of the cost it will have for the performance it offers. And that is how it should be, because it can perform like an RTX 3060, but the still green software should influence a more attractive price for capture the eyes of the players.

Netflix seems to have found a real audience with anime series, where one successful implementation after another is running. new...

Call of Duty: Modern Warfare 2 beta is now open to everyone, including hackers and cheaters

Infinity Ward is well aware of this and has already started taking steps to curb them. Hackers are not new....

It was to be expected, but maybe not so early. the beta of Call of Duty: Modern Warfare 2 has...