Razer has seen how the name of its future portable console has been leaked, the Razer Edge 5G. As its name already reveals, we are talking about a console that will be linked to 5G connectivity to play in the cloud, and for that it goes to the SoC Snapdragon G3X Gen 1, which is designed for gaming devices of this caliber. Obviously we assume that it will have WiFi connectivity, but this console is more linked to real users on the move, which of course, will have to have a plan with a large amount of data, or unlimited Esports Extrasbytesto be able to enjoy the possibilities of the cloud.

The console will be officially announced next October 15th, so the data is still very scarce. For now we know that the console was born with a collaboration with the operator Verizon and the chipmaker Qualcomm. All this results in the first portable console with 5G connectivity and the first to make use of the Snapdragon G3X Gen 1 SoC.

This is what the Razer Edge 5G looks like, the company’s first console

BREAKING: @Verizon, @Razer and @Qualcomm are teaming up on the world’s first 5G mobile gaming handheld—Razer Edge 5G! It will allow you to play your favorite games regardless of whether you are gaming in the cloud, on an app or streaming from your console. pic.twitter.com/F9Vg3CfABl

From what is now known, the console will make use of the Android operating system, which should surprise no one. Collaboration with Microsoft is guaranteed to access their service Xbox CloudGaming. By having this OS, it is also evident that you will also be able to take advantage of the GeForce NOW from NVIDIA.

Of Snapdragon G3X Gen 1Not much information is known either beyond having Adreno graphics that will be able to support panels with a refresh rate of 120 Hz, in addition to wireless connectivity WiFi 6E + Bluetooth 5.2, and that requires an active cooling system, something curious if it is really designed to run games from the cloud.

“Together, Verizon, Qualcomm and Razer will introduce the world’s first 5G gaming handheld built on the Snapdragon G3X Gen 1 gaming platform and designed for high-performance gaming on the go.

This Android gaming handheld will give you access to the games you love, whether they’re downloaded to play locally, streamed from your console, or accessed directly from the cloud, all via 5G ultra-wideband.” .

Razer already had a prototype portable console with Qualcomm 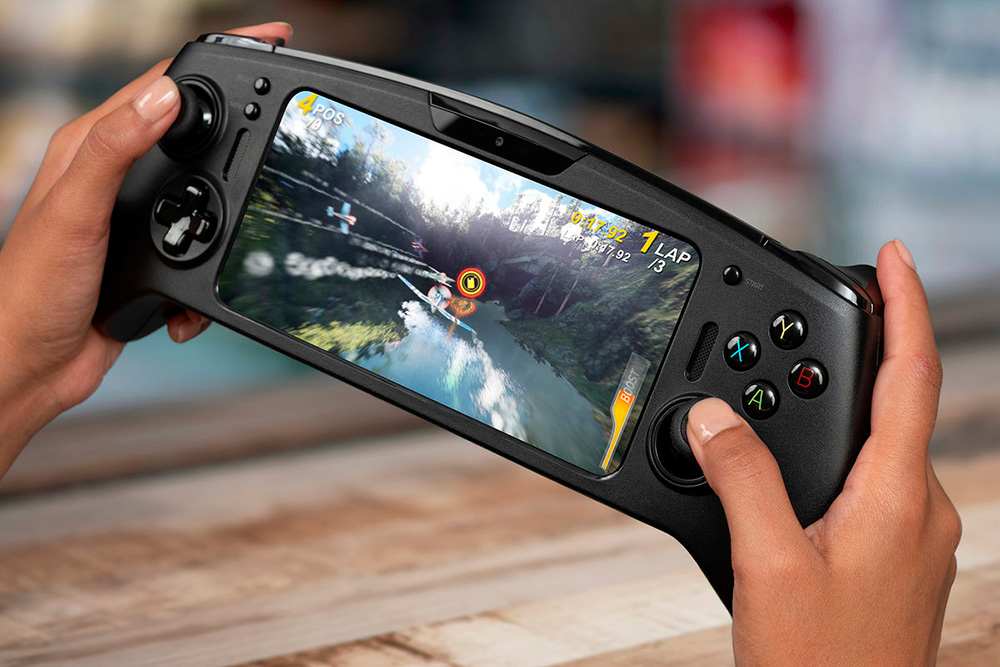 The Snapdragon G3x Gen 1 SoC was officially announced alongside a Razer portable console in prototype form. This console came with a panel OLED of 6.65 inches with a Full HD resolution of 1,920 x 1,080 pixels at a refresh rate of 120Hz All this was powered by a very generous battery of 6,000mAhand the striking thing about the desEsports Extrasis that the console was extremely huge. To be honest, it looked more like a smartphone inside a case, while the trailer already reveals a much more compact desEsports Extraswith the screen already well integrated into the chassis. At least this already seems to be at the same level as the chassis, what less.

With this SoC intended for gaming, and if they use a battery of such capacity for their definitive console, we could be talking about a console where its strong point will be autonomy. Now yes, it will be time to see its price.