Not even 24 more hours has it taken for the first leak to launch a jug of cold water against the latest Intel processors, the Core 13, presented just yesterday. And it is that if what is said is true, between little and nothing the blue giant can do against what is going to come at him. AMD is in damage control mode and the proof is that in 4 months it will have new Ryzen 7000X3D processors To over 5GHzwhich will mean, if all goes well, to retake the crown of gaming.

The results of the reviews of the Ryzen 7000 processors were not only not good, they were somewhat disappointing and interestingly, they made the 5800X3D look with much better eyes than it already was. The Core 13 yesterday launched the last coin on the fly and if all goes well, they will outperform any AMD processor, even if it is in some cases by the minimum and for a short time.

This is how we woke up this morning, with a portrait of Raphael and a message as brief as it is forceful: the Ryzen 7000X3D they will arrive at over 5GHzwhich will undoubtedly mean a more than interesting leap in performance in the section for which they have been created, games.

Logically, all the reasons for the null launch of a hypothetical Ryzen 9 5000X3D are now understood, leaving only the 5800X3D on the market as a key piece of AMD. A Ryzen 9 would have been too much for the current Ryzen 7000 in gaming, which is what they are really created for and they compete range by range with Intel.

Therefore, now there are many questions to answer that we are going to put on the table with pure speculation involved, we will see over time how many we get right. 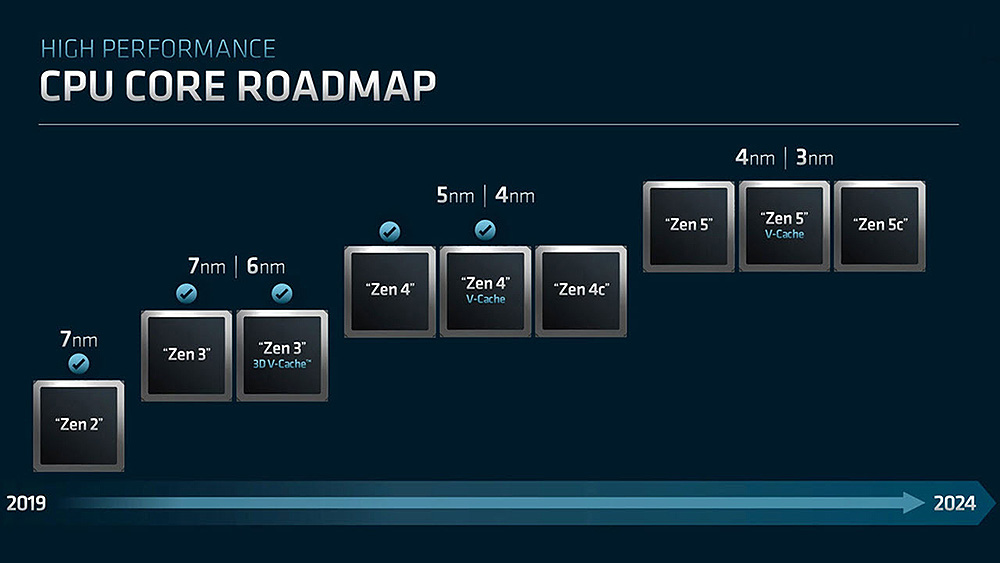 There will be no change of node in the Ryzen 7000X3D, except for surprise. AMD has left the door open for this by stating that in this series they will use TSMC’s 4nm, but it seems that everything will come with the Zen 4C in this regard and not with the versions with 3D V-Cache.

Likewise, what we saw with the 5800X3D seems to be repeated this time, that is, a lower base frequency, a lower Boost frequency and the addition of 64 MB cache SDRAM modules that will delight gamers. .

The problem comes from the temperature section, where if we are already bordering on 95 ºC of the Tjmax that marks AMD, it is more than probable that the temperatures will not be reduced and will remain more or less the same thanks to an adjustment of the frequency of the voltages or of the SKUs that regulate them.

In addition to this, there are some more speculative issues to deal with. The first is whether AMD will release a Ryzen 9 7000X3D or will you stay again with a Ryzen 7, the second is the pricewhat will it be elderlyand if they are not already cheap for the cores and performance they offer, increasing the cost may be less interesting for the average user.

A bigger leap in gaming performance than Zen 3 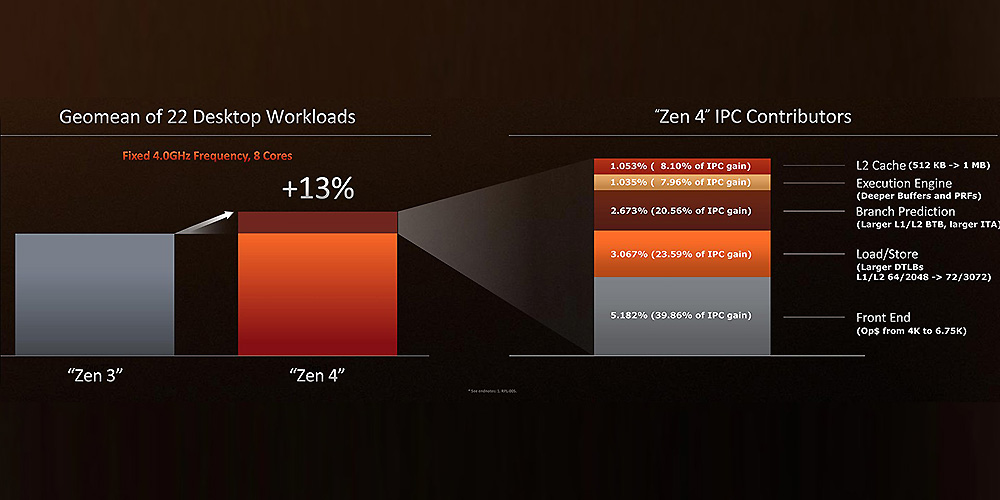 There is no doubt that they will be more expensive, for sheer performance and because the cost of TSVs and cache is increasing as the node shrinks. Finally, it remains to deal with the aspect of performance. The Ryzen 7 5800X3D was a small step back in CPU performance by having lower frequencies, losing between a 2% and 3% in synthetic tests and real software.

In exchange, he won between a +7% and +8% gaming performance, what is much. With these Ryzen 7000X3D a higher jump and a lower loss are expected, so they could be almost on a par with their brothers without 3D V-Cache in test, while gaming performance should be between a +13% and +14% above on average according to the data that we have calculated with the improvements of the Front End and the L2 cache compared to those that Zen 3 had as an architecture.

The load and storage units, the Branch Prediction and the execution engines are not so decisive in the performance in games. The most evident proof is that between these three are more than 50% of the IPC improvement of Zen 4 (+13% over Zen 3) and in games the improvement between 5950X and 7950X is over 7% if we add the three most used resolutions in gaming. Therefore, our prediction of the increase in performance is that, which would place the hypothetical Ryzen 7 7700X3D a 5% or 6% above the i9-13900K and just a 3% or 4% above i9-13900KS that is yet to come, at least, if the data that Intel presented yesterday is true and conforms to reality, which is a lot to ask in the first place.