Is it possible to speak of a crisis in the sector? Well, we’ve been saying that for the last 3 months, if not longer. If there are two sectors that have endured the pull of 2022 and its fall, it has been laptops and smartphones… Until now. Shipments have stopped dead, as in the rest of the industry, and what is coming does not seem to be encouraging. We refer, of course, to the shipments of laptops Y smartphones for the first quarter of this year in the case of the former, and the reports for the last quarter of 2022 for the latter, that is, future and past, both with numbers to reflect on. Let’s see the drop of the shipments in 2023.

Hard times for the sector, there is no doubt, but there was really no doubt either. The problem is that, in the future, at least the closest, there are no signs of improvement, so we are going to divide the article into two: past (Smartphones) and future (laptops) to understand, according to the reports, where we come from and where we are going. .

The Smartphone market falls to levels of 10 years ago 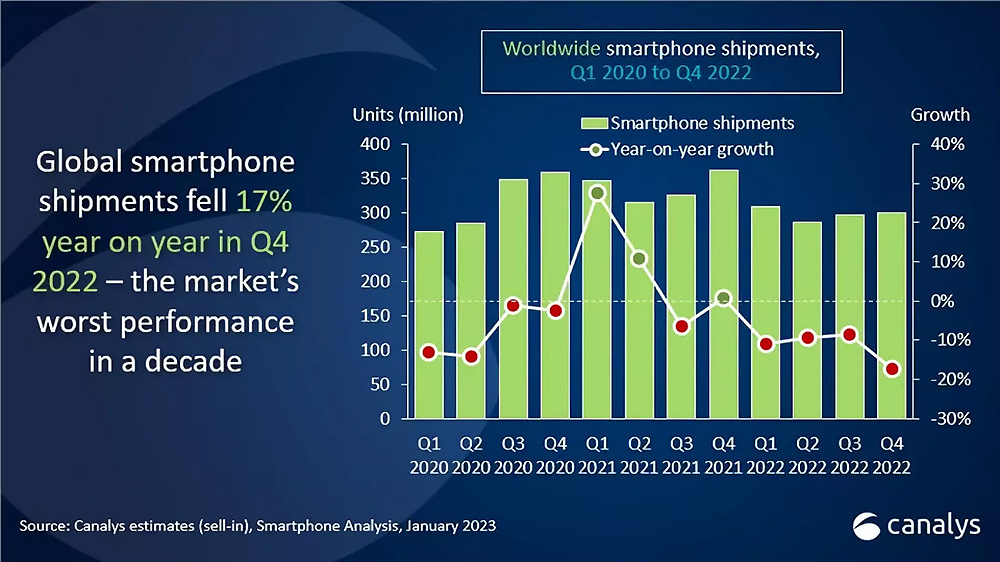 What it has cost to go up, and how easy it is to go down. The smartphone market in general is licking its wounds after a fourth quarter to forget, literally speaking. The report from Canalys gives very specific and global data: in said quarter of 2022, world mobile phone shipments fell by spectacular 17%.

But there is more, because the annual sales compared to those achieved in 2021 reflect a decrease in income of eleven%standing below the 1.2 billion, figures from 2011 and 2012, incredible but true. It must be borne in mind that this market is currently the strongest in the world, undoubtedly driven by Apple and Samsung, so although we have seen higher figures in other sectors, being the most advanced in shipments and sales, falling by 17% is without doubt a drama and a warning to sailors.

The first quarter will be disastrous for laptops, there will be a drop in shipments in 2023 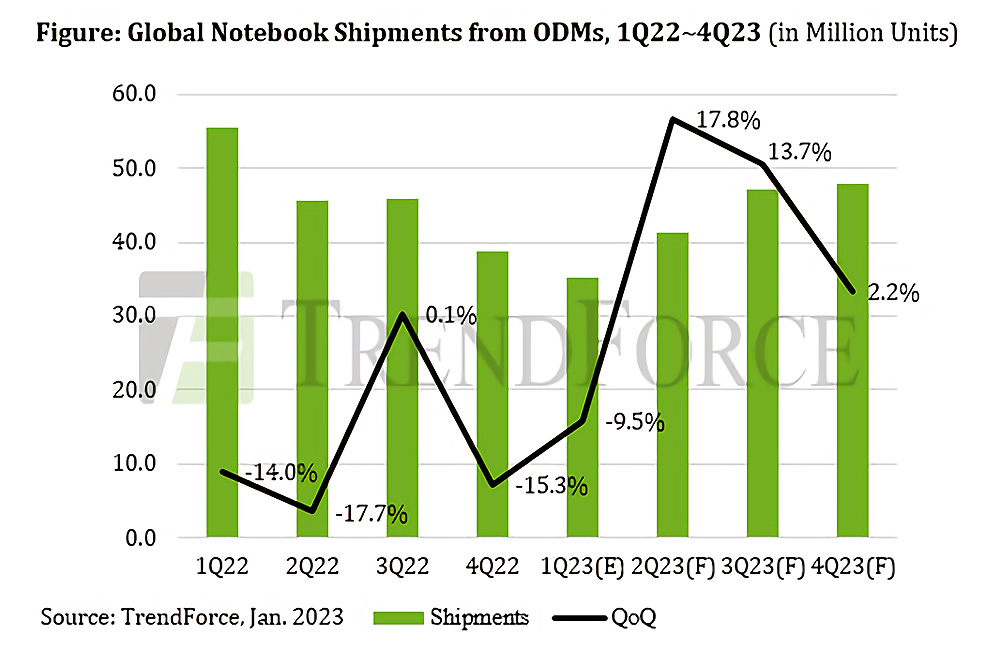 The second market in terms of strength and importance is that of laptops, which have beaten the desktop PC by far, although the separate component market remains at a similar distance. The latest predictive analysis from TrendForce reveals data disparity, as there is good news and bad news.

The bad will be for this quarter, since, as in Smartphones, we will see a series of minimum shipments that recall data from ten years ago, curious to say the least. Already in 2022 we are talking about a year-on-year drop of 24.5%but this first quarter of the year will reflect nothing less than a -37%more than a third of shipments lost in a year.

The good news will come from the second quarter onwards, where shipments are forecast to pick up as global economic indicators say that inflation will moderate. On the other hand, other data reports continuous rate hikes, so everything in laptops is trusting the new Lunar Year 2023.

The problem is that China is in recession and there is talk of a crisis due to the COVID, huge spending and problems in the real estate sector, as well as the blows from the US. to its fetish sector of chips. Be that as it may, only the US can partially raise its head and narrowly, the rest of the world is mired in very serious problems and the user is waiting to see them coming, equipping himself with a wave of excessive prices that do not encourage spending and buying of technological products. Is the time come for companies to start fall off the donkey?