longson announced its foray into the integrated graphics market with its SoC Longson LS2K2000. The well-known Chinese CPU manufacturer entered the graphics business by designing a low-performance, low-power SoC with in-house designed graphics. In this way, another Chinese company enters this juicy business in search of independence from Western brands.

We are talking about the most advanced Chinese manufacturer in the country in terms of CPU manufacturing, has also started GPU development. Of course, we already anticipate that it is a very basic iGPU, which is designed to fulfill a minimum function at low energy consumption. 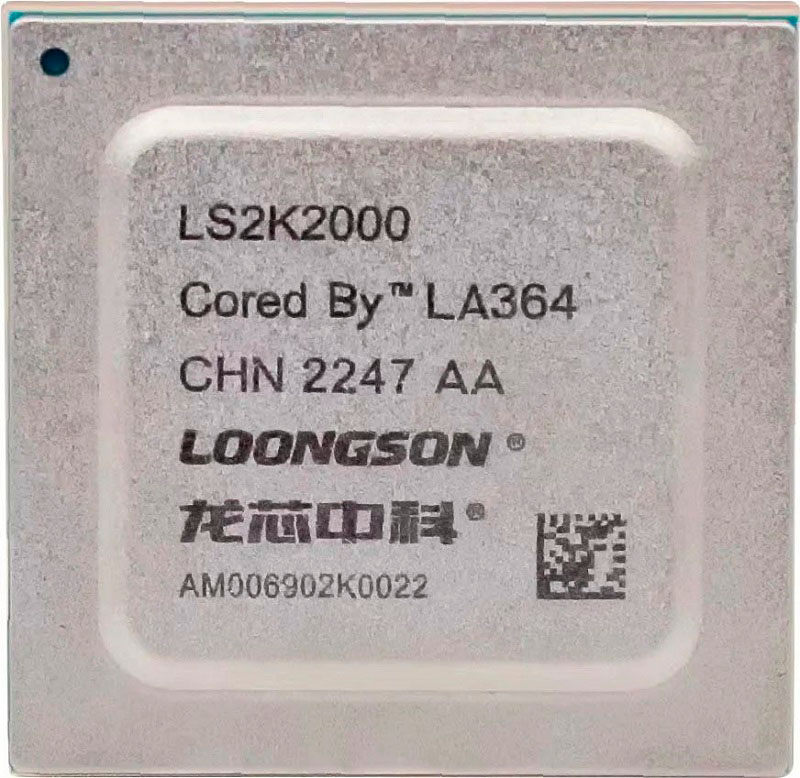 We find a SoC equipped with 2 LA364 cores under its proprietary microarchitecture LoongArch. These are accompanied by a memory controller to use ECC RAM modules 2400MHz DDR4in addition to offering PCIe 3.0 interface, access to SATA III @ 6.0 Gbps ports, eMMC storage, USB 3.0 + 2.0 ports, Ethernet connectivity and audio.

On the other hand, the Loongson LS2K2000 is accompanied by some LG120 graphics. Of these we only know that it has been independently developed by Loongson, further optimizing the graphics algorithm and performance. All this is hidden under a 27 x 27 mm package promising to reach a 9W max power consumptionwhile a balanced mode starts at 4W of consumption.

rest of the information

In terms of performance, we at least know that this integrated GPU would be equivalent to a NVIDIA GeForce GT 630 at performance level. It is not that it is for gamers, but it offers a performance that is more than necessary to carry out any type of common task. It must be remembered that the entire SoC has a maximum consumption of 9W, so it is not intended to offer high performance.

Remember that the graphics are based on the IP of the GPU manufacturer Imagination Technologies (PowerVR). As far as the CPU part is concerned, it is tied to the Arm architecture, although want to adopt RISC-V for your future designs. This SoC is expected to see the light of day sometime this year.

On the other hand, we have the Longson LS2K1500. It’s essentially a CPU. by not integrating graphics. That is why it consumes a maximum of 2.8W at peak performance”in typical work scenarios“. These CPUs have also been designed to be used with Linux. The kernel of Linux 5.19 added the first patches needed to integrate core support.

Although Loongson has announced a GPU linked to performing very basic needs, we are talking about a very strong Chinese company at the CPU level. The company expects to outperform the AMD Zen3 architecture in servers, adding that they are scaling seamlessly in the number of cores. If the company follows the same steps in the GPU business, with its own scalable architecture, it is logical to expect that in a few years the company will already offer a serious rival to the main western companies.

The Last of Us season 2: the actress for Abby already found? She is perfect
How to select wand and house in Hogwarts Legacy
Advertisement
To Top
We use cookies on our website to give you the most relevant experience by remembering your preferences and repeat visits. By clicking “Accept All”, you consent to the use of ALL the cookies. However, you may visit "Cookie Settings" to provide a controlled consent.
Cookie SettingsAccept All
Manage consent