After seeing the first motherboards last night Intel Z790 listed on the market, specifically in Germany, we can now compare prices with another market, the French one. With this, we can already have a fairly clear idea of ​​the prices that they will be able to present when they reach our market.

It has been in the French store TopAchat where nothing less than 25 motherboard modelsand that they are only from the manufacturers ASUS and MSI. Perhaps most interesting of all, is that starting price is even lower than we have seen in Germany. 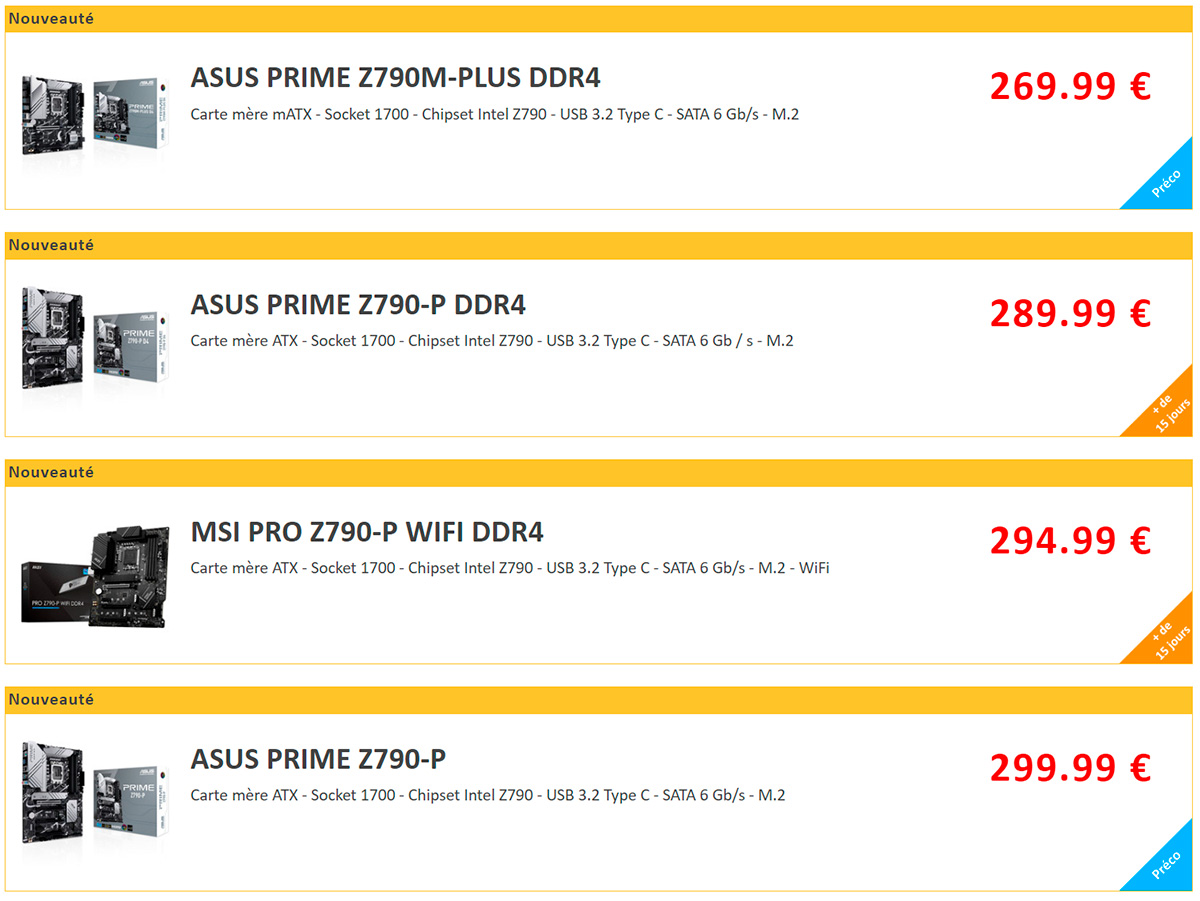 As we saw in Germany, the latter’s counterpart, the ASUS PRIME X670-P, maintains the same extra cost of 20 euros (319.99 euros). At the moment of truth, a negligible difference, although at the level of specifications there are differences, such as that the Intel model offers PCIe 5.0 x16 interfaceand AMD’s one M.2 NVME PCIe 5.0 slot.

Obviously, if we are looking to build the most affordable gaming gear possible, Intel has the advantage of cheaper motherboards (in addition to being able to use the Intel 600 series), along with access to DDR4 memory. Just looking at these two components, you can already imply a big saving.

Finally, in the case of M: YEStheir most affordable motherboard is the MSI PRO Z790-P WIFI DDR4 by €289.99. This is followed by the MSI PRO Z790-P WIFI at a price of €299.99, which curiously they are €96 less than its AMD counterpart, the MSI PRO X670-P WIFI (399.99 euros). Obviously, all prices have been compared in the same store, so these differences may be smaller or larger depending on the store.

All Intel Z790 motherboards, with their price, listed in France

We summarize at a quick glance all the ASUS and MSI motherboard models listed in the neighboring country.