It’s Thursday already, and this week means pretty “decent” double freeplay on the Epic Games Store. Of course, if you are a lover of these genres, of course. On the one hand we have the already well-known ARK: Survival Evolved, game that could be summed up in survival. On the other hand we have the Gloomhaven, a turn-based strategy and role-playing game. You can claim both games from the Epic Games store. After the jump, we give you a preview of next week’s games, as well as a brief summary of the games that are giving away today and the specifications so you don’t waste time in case your PC falls short.

Next week the bar is lowered (depending on taste), since the indie game will be added run bowfocused on multiplayer, and The Drone Racing League Simulatorwhich as its name suggests, is a drone racing simulator. 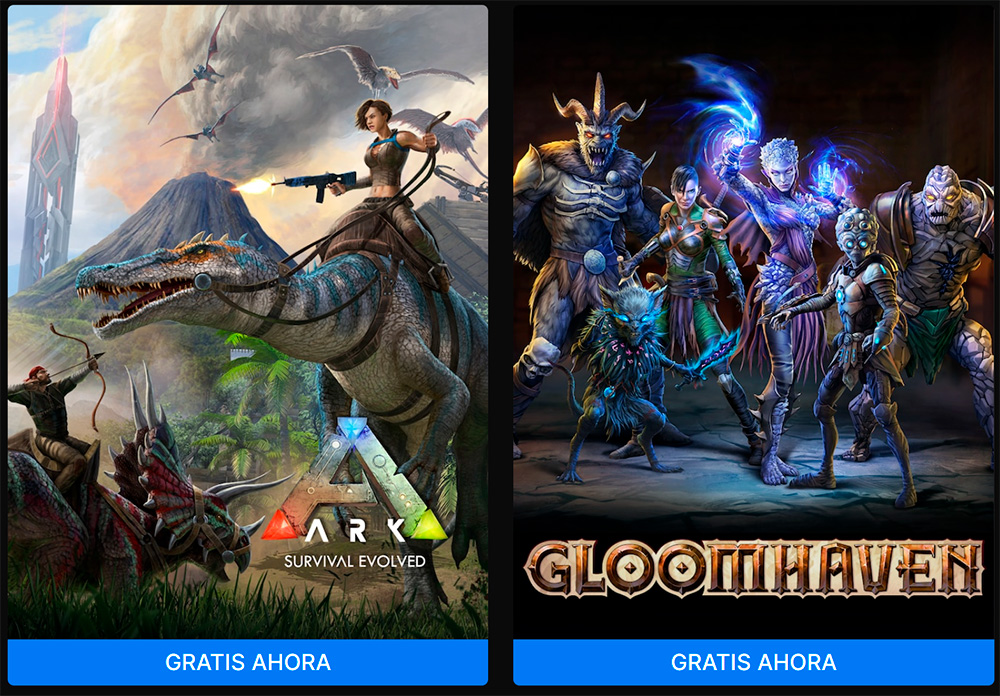 As a naked, frozen, and starving man or woman on the shores of a mysterious island called ARK, you must hunt, gather, build items, plant crops, research technologies, and build shelters to withstand the elements. Use your cunning and resources to kill or tame dinosaurs and other primitive creatures, and team up with other players or attack them to survive, dominate… and escape!

The following features are in the game from day one of its release in Early Access mode. We have many long-term improvements planned, and here’s what you can experience right now in ARK:

TAME, TRAIN, BREED AND RIDE DINOSAURS, IN AN ECOSYSTEM OF LIFE

Whether you want to come to the lands of Gloomhaven in search of adventure or are driven by an avid desire to find the gleam of gold in the midst of darkness, you are sure to meet the same fate…

Guide your group of mercenaries through this ruthless world where every decision matters. Battle your way through terrifying dungeons, ghastly forests, and gloomy caves filled with terrifying monsters for rewards…or die trying.

Offer your sword art to anyone who can pay for it, be they city officials or members of an evil cult. You are paid to act without asking questions… but what is your limit?