After the disappointment of not having Samsung’s first PCIe 5.0 SSD on the market just as Intel launched its platform and AMD followed suit, now comes a problem with the brand’s flagship. And it is that he Samsung 990 PRO is facing a issue of degradation more than accused, since its useful life plummets in some units until it loses 1% every so often. What does Samsung say about it?

There are not many users facing this issue for now, at least as far as it is known, but if you are one of the owners of this solid state drive, you may want to take a look at the life of your SSD.

Samsung 990 PRO, a serious problem with the useful life 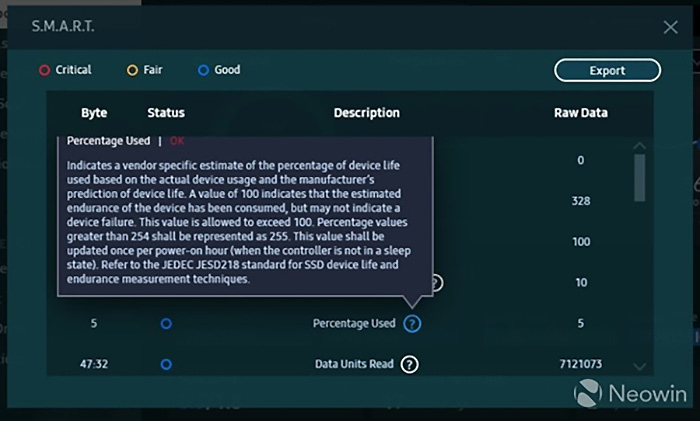 You go to your usual store, online or physical, and you buy a brand new Samsung 990 PRO, you install it and then what you see is that after trying it, its useful life plummets, a massive degradation problem that scares you, because you don’t have or a few hours with him. at that rate, in three months of real use you have run out of SSD as such, not to mention the gradual loss of performance that you are going to see when you approach the security levels set by the firmware.

This has happened to a specific user, and the downgrade situation and problem of this Samsung 990 PRO is reaching more people as it is being seen on the forums and is being made public. 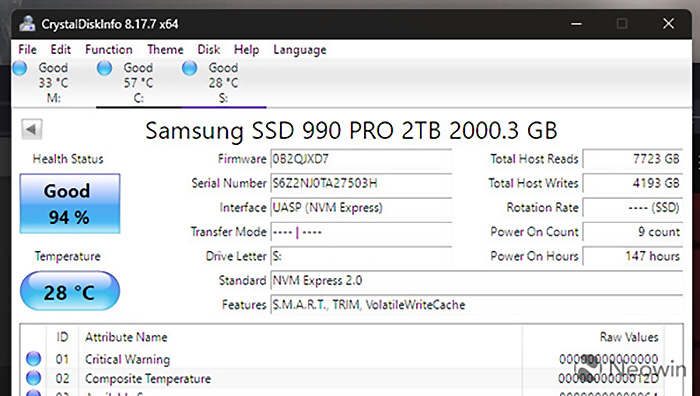 The user in particular reports that the jumps in useful life marked by his SSD were increasing according to SMART, since from 99% went to 98% in just a few hours, but from there, the percentage of useful life was reduced to 95% without even working 2TB of data.

What did the user do? Contact Samsung customer service, which assured him that performance was average and that the fact that the standard of living of the SSD dropped a bit was within the parameters. If that continued like this, as they informed him, then he could request the guarantee.

When your SSD lost a 6% useful life after just writing 4TB of data the user requested the guarantee, Samsung accepted it and the unit was shipped and reviewed. The company’s diagnosis was that it found no problems and that because of this there was no guarantee to process.

Upon returning to the hands of its rightful owner, it reviewed what was done by Samsung and found that it only had a simple format and a firmware reset, but the level of useful life remained the same, that is, Samsung did not provide a solution to the problem and as a result of exposing it more cases have come to the fore. 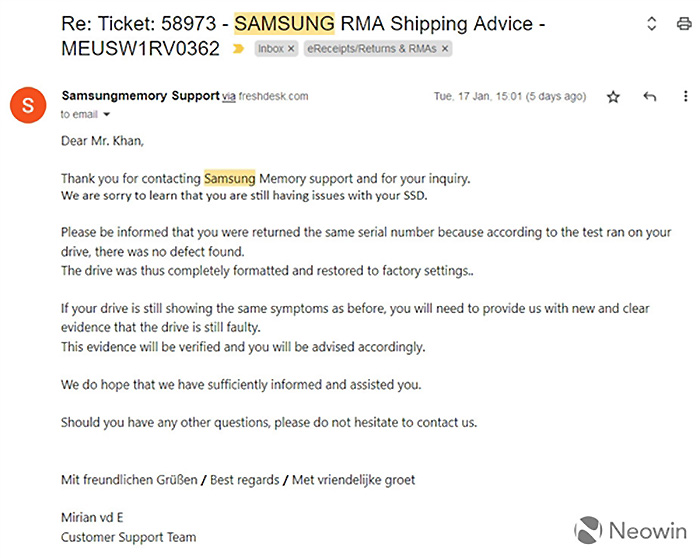 The problem, in addition to what was discussed with the degradation in this 990 PRO, is that being something obvious and inappropriate for an SSD, it is not only obvious, but also the options to fix it are non-existent. In addition, there are related problems, such as the fact that Samsung’s driver for SSDs hasn’t been updated since 2020 and as such, it is not compatible with the 990 PRO (possible cause of the accelerated degradation issue?)

Because of this, Magician can’t read SMART valuesso really everything is in the hands of third-party tools, which, luckily, exist and are free in many cases.