The AirPods Pro 2 have problems with their battery: does it have to be replaced?

Apple recently launched the iPhone 14 and along with them other devices such as the second generation of AirPods Pro. These AirPods Pro 2 They have not been slow to show a bug that occurs to some users, where notifications are sent that it is necessary replace battery soon. The funny thing is that in reality the battery of these headphones is practically irreplaceable, so the notification received does not make much sense.

Apple launched its AirPods Pro 2 a few weeks ago, which are an improvement in many ways over the first generation. with a new h2 chip integrated and a lightweight and compact design, it still maintains the sound quality of the original while cancels up to twice the ambient noise. In addition, it has more defined bass and a clearer sound with different pads to adapt them to our ears. Additionally, it includes a spatial audio that we can personalize and come in a new charging case that offers up to 30 hours of autonomy and the battery of AirPods Pro 2 lasts until an hour and a half more than the first generation. 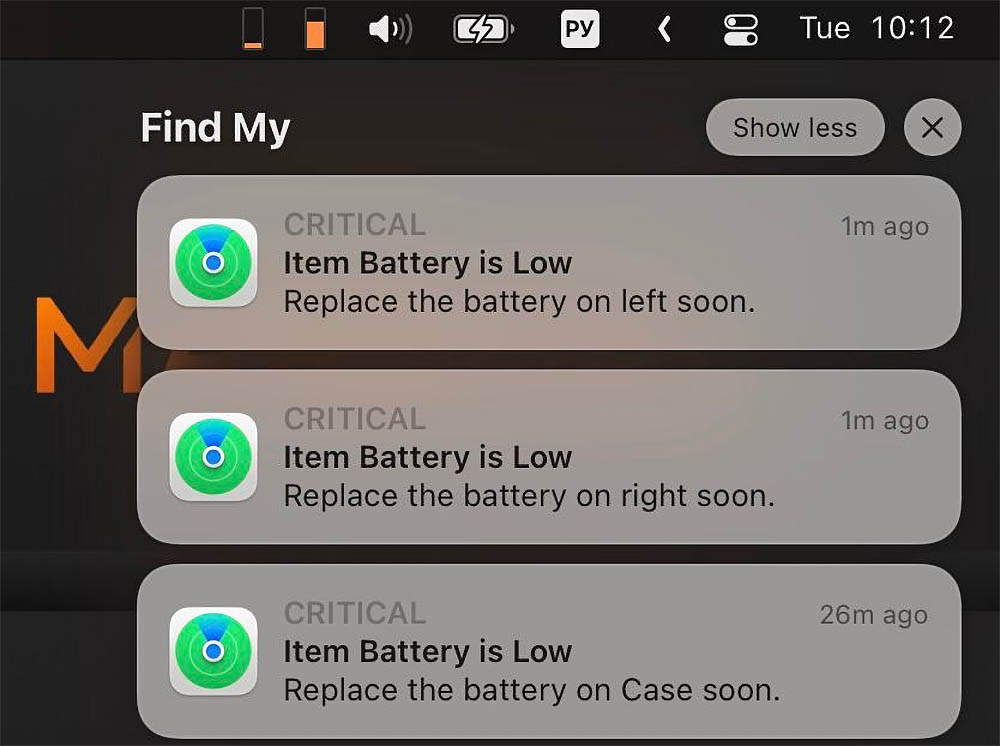 Speaking of the battery, not all are advantages, as we have already found problems with the AirPods Pro 2. In this case, it is about notifications that appear when the battery of the charging case or that of the headphones themselves is low. Although the normal thing would be to find a message where it is simply indicated that we need to charge the deviceHere the situation is somewhat different. And it is that he literally asks us change the battery itself, both in the charging case and in both earphones.

The problem comes when any user sees this message and the first thing they think is that it is a faulty device. Perhaps there are affected people who, when they see this message, the first thing they have thought of is not charge the batterybecause they can believe that it is in disrepair. However, if we get that idea out of our heads, ignore the message and proceeding to charge the box or the AirPods, we have already solved the problem. Regarding what produces it, it seems to be related to the application Find My which searches for devices with AirTag.

In the rare event that someone pays attention to that battery error message and decides on their own to change it on their AirPods Pro 2, you can forget about it. And it is that, in a recent video of iFixitthe experts in disassembling all kinds of devices, tried their luck with the new apple headphones. In just a few seconds of video they already gave a conclusion: cannot be repaired. With this, we believe that it is clear that a change of the battery is something that we should not even have in mind.

In fact, we can see how in the video they manage to disassemble the case and the AirPods Pro 2 piece by piece, something that shows how veteran they are in this type of work. Despite this, just to dismantle each of the headphones they have had to manage with different tools. And what to say when open the charging casewell here they had to smash it to get inside. After all the separate parts, there was no way to put it back together and so iFixit has put a 0/10 repair score.

The official account of Minecraft in Twitter is organizing a skin creation challengein this case the main theme is “a...

Tutorial with practical advice to clean the PS4 controller inside and out The dualshock 4 controller It is the most...