The AMD EPYC 9654 has the pleasure of being the highest performing CPU we’ve seen by benchmark ranking PassMark. In essence, it is the most powerful CPU on the marketand this is possible thanks to offering nothing less than 96 cores along with 192 threads processing under AMD Zen4 architecture.

Officially, this CPU sees its cores reach a Base frequency of 2.40GHzwhile the Turbo is quite low compared to a gaming CPU with 3.70GHz. Despite this, it manages to position itself without problems as the fastest CPU on the market thanks to to its high number of nuclei. 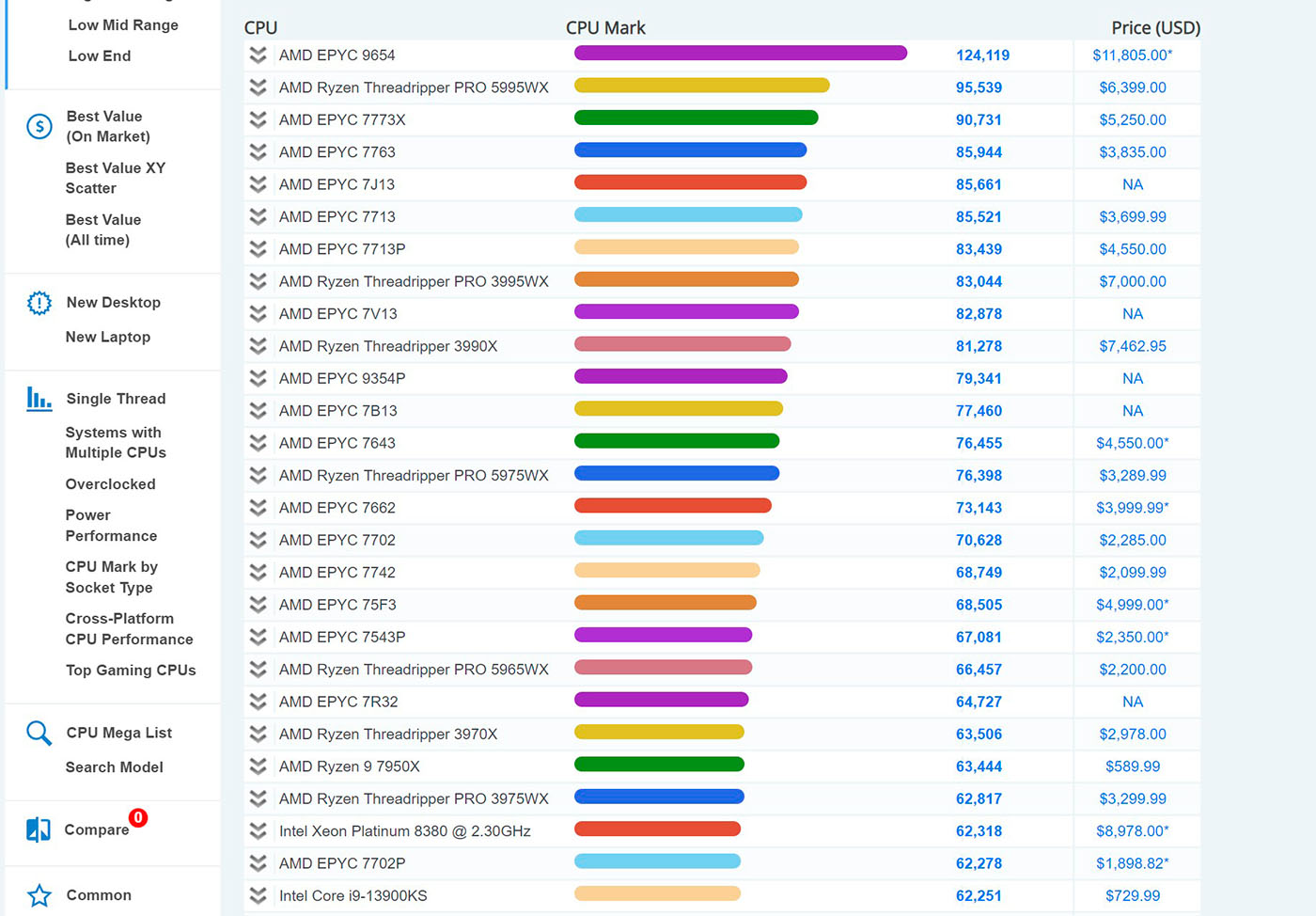 As you can see below, the AMD EPYC 9654 sets a new performance record in this benchmark, reaching 124,119 points. This represents being 36.8% faster than the previous top-of-the-line server CPU, the AMD EPYC 7773X with 64 AMD Zen3 cores.

Of course, curiously it does not stray too far from the AMD Ryzen Threadripper 5990WX Despite having a configuration of 64 cores and 128 threads AMD Zen3. The great advantage is in its frequency Base of 2.70GHz and Turbocharged 4.50GHz to make up for the lack of using fewer cores. Which are also less powerful.

If we want to compare it with the fastest gaming CPU on the market, it specifically offers twice the performance that a Intel Core i9-13900KS. This consumer CPU offers a configuration of 24 cores and 32 threads, of which only 8 of them are high performance. So there is merit in having half the performance with 1/4 of the cores, while 2/3 of these cores are low power. This is due to the high frequencies that this CPU is capable of reaching. 6 GHz for a single core or 5.40GHz with all of them active. 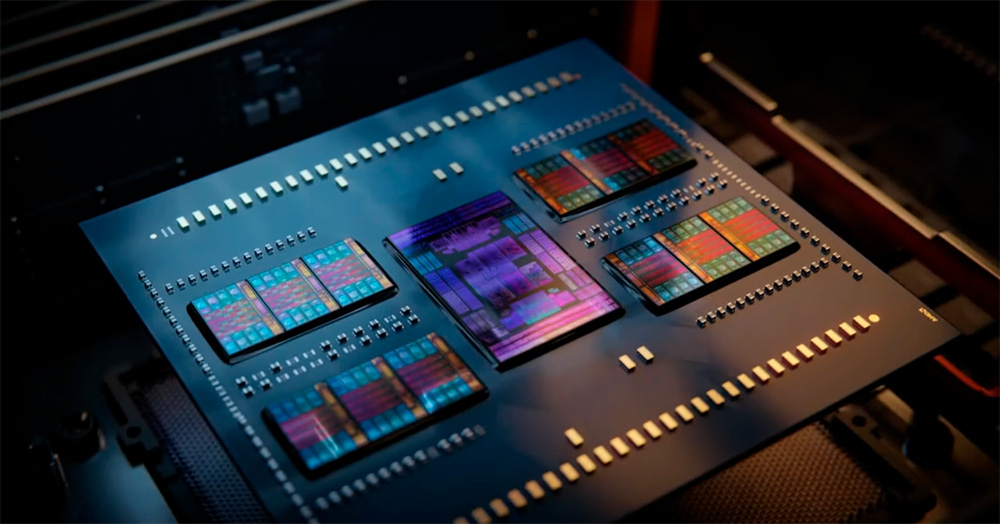 You have to remember that the AMD EPYC 9654 it is the top of the range GPU of the Genoa series. Based on AMD Zen4 architecture, it promises an increase in the CPI of 14% compared to the previous new generation architecture. Between this IPC, and the low frequencies at which the cores work, it is the reason that there is not so much performance improvement compared to the Threadripper PRO 5995WX.

It is clear that Genoa CPUs have other advantages where they differ markedly from the professional platform. We talk about offering up to 160 PCI-Express 5.0 lanes in Dual CPU configurations. not to mention up to 12TB of DDR5 RAM at 5,200 MHz in a 12-channel configuration with a bandwidth of up to 6 TB/s per socket.

Here really is the noticeable improvement. The Threadripper PRO 5995WX is limited to the PCIe 4.0 interface. Added to this is support for up to 2TB of 3200MHz DDR4 RAM. This results in a maximum bandwidth of 204.8GB/s.