the cheapest portable console is updated with a Ryzen 6800U
Advertisement

Portable consoles capable of playing PC games are becoming more and more popular. A few years ago the first models began to be released but at that time, they all ran on Intel CPUs and integrated graphics that gave lousy performance in games. Fortunately, with the arrival of AMD Ryzen and its APUs, we have been able to enjoy consoles like the Steam Deck, being able to even play Triple A games. Now the Deck competition is coming, with a cheapest console under the name of AYA NEO AIR Pluswhich has just announced that it will arrive with AMD APUs Ryzen 7 6800U and Ryzen 5 7520U.

Play most Steam games with a portable console is possible thanks to the Steam Deck. This Valve console has proven to be unrivaled when it comes to performance for price. And it is that, for just over 400 euros we can buy the base model and with it, we have enough power to play the latest games on the market. Of course, it is a very large console and in terms of performance, although it is good, it is not the best in the sector. This is because there are AMD APUs like the Ryzen 7 6800U who bring with them the more powerful integrated graphics current, the RX680M.

AYA NEO AIR Plus, the rival of Steam Deck, is updated with Ryzen 6800U

The AYA NEO AIR Plus is a console that was announced a few months ago to a breakout price of $289. Back then, we knew it would have a de 6 inches with 1080P resolutioncompatibility with M.2 2280 SSD and was expected to arrive with 8GB RAM. All this would be accompanied by an AMD Mendocino processor, although at that time we did not know what model or specifications it would have. Now that a few months have passed, it has been revealed and in the end it turns out that it is the AMD Ryzen 5 7520U.

Advertisement
Read  Redfall, minimum PC requirements, how much are you going to ask for recommended?

This AMD APU has 4 cores and 8 threads with Zen 2 architecture capable of reaching a maximum frequency of 4.3GHz. all this with 15W of TDP and with some Radeon 610M integrated graphics. With this Radeon 610M iGPU we will not have a good performance in games, although luckily the AYA NEO AIR Plus will also receive a much more powerful APU. We talk about the acquaintance Ryzen 7 6800Uwhich will bring 8 cores and 16 threads Zen 3 at a maximum frequency of 4.7GHz and a TDP of 28W. But the most important thing is inside, where it has powerful integrated graphics Radeon 680M. 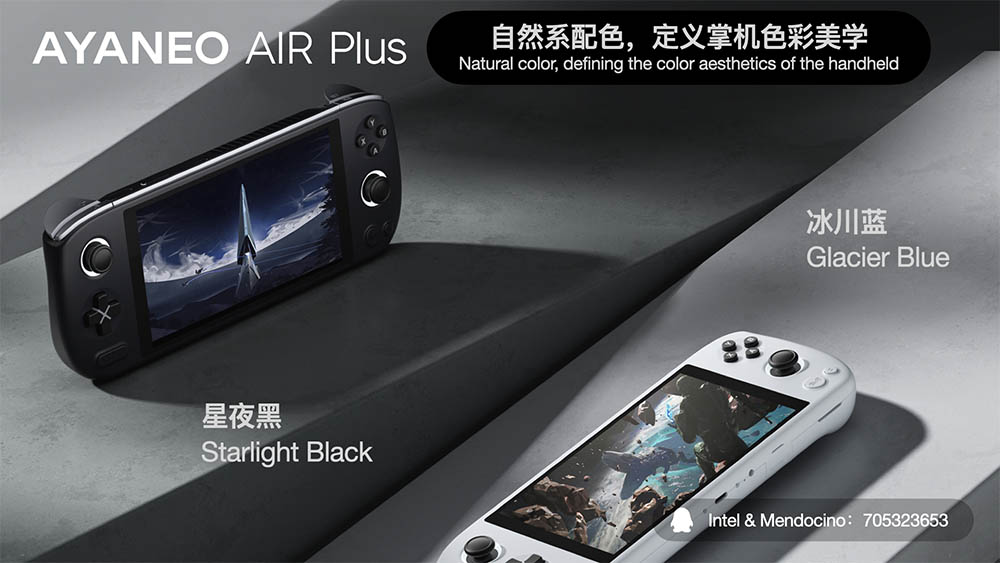 Not only do we have AMD Ryzen APU as the choice for this AYA NEO AIR Plus console, as this will also bring Intel as an option. Although not in the way we thought, since it was expected that since it was a cheaper alternative to Steam Deckthis would come with the possibility of adding a Intel Pentium Gold 8505. It’s an underpowered processor, but after all, the main attraction was being priced at 300 euros or even less. Now that the company has ruled out this low cost option, the only thing left for us at Intel is to choose the Core i3-1215U.

This will offer a CPU with 2 P-Cores, 4 E-Cores Y 8 threads at a maximum frequency of 4.4GHz and a TDP of 15W. In this case we have Intel UHD graphics with 64 EUs. Now that we know all the configurations that it will offer, we will finish with the rest of the specifications. The AYA NEO AIR Plus console is expected to arrive with USB 4, 3.5mm jack for audio and microSD cardnext to one 46.2Wh battery.