This gaming motherboard for Intel drops in price again at PcComponents Internet Week: WiFi, RGB and great performance at a historic low

Yuji Naka deletes Naoto Ohshima, creator of Sonic, from this team photo: this is the explanation he has given

GTA VI is Rockstar's priority and decides to park the remasters of Red Dead Redemption and GTA IV, according to Kotaku

Crisis Core: Final Fantasy Reunion will not only improve its graphics, but also modify its fighting system

Gamepolis returns in 2022 with Nintendo, Ubisoft, Epic Games, Supercell and Riot: everything you need to know about the great Malaga video game festival

Gaming hardware prices are becoming less and less prohibitive, making the market for gaming components increasingly attractive. And since we are probably in the process of renewing our PC or soon we are going to update our current equipmentwe’ll need a good motherboard to put the rest of our next-gen hardware on.

Related Article:EarthBound: Discover infinity of new details and secrets of this cult JRPG

If we are Intel users, now we are in luck: this excellent motherboard has dropped in price again, thus reaching its historical minimum price thanks to the PcComponentes Internet Week. If for just over 150 euros it was already a good buy (its usual price is around and even exceeds 200 euros), for the 139.90 euros that it now costs on sale it is a real bargain for all types of equipment. 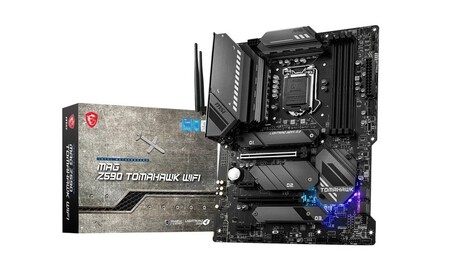 We are talking about the MSI MAG Z590 Tomahawk WiFi, an excellent option for computers with Intel processors up to 11th generation. which is coming with enough ports and connections so as not to fall short for the future, allowing us to add all kinds of components to play now or later, when prices become more and more attractive. And it is of ATX format, so we will not have space problems if we use an ATX mid-tower.

This MSI MAG Z590 features an LGA 1200 socket and an Intel Z590 chipset. Supports up to four slots of DDR4 RAM up to a maximum of 5,333 MHz, several SATA SSDs for 2.5″ SSDs and 3.5″ HDDs and as many NVMe SSDs thanks to its M.2 ports with built-in heatsink. It also incorporates RGB backlighting and even wireless connectivity: WiFi and Bluetooth, in case we need to use wireless peripherals or connect to the Internet without cables.

Lost Ark AFK Timer – When will I get kicked?