This is Intel's quantum chips, a revolution in the industry

Intel announced that he has managed to perform “an industry-leading breakthrough in quantum computing“. Intel Labs and Components Research have achieved rate of return and uniformity highest industry view to date of silicon spin qubit devices for quantum chips. These were developed at Intel’s transistor research and development facility in Hillsboro, Oregon.

In other words, the company indicates that it has achieved a 95% rate of return throughout the silicon wafer for the spin qubits. That is to say, that of each wafer, 5% of its useful space is not used. This allows thousands or potentially millions of qubits to be added to power a future generation of quantum computers.

A look at Intel’s wafer with quantum chips 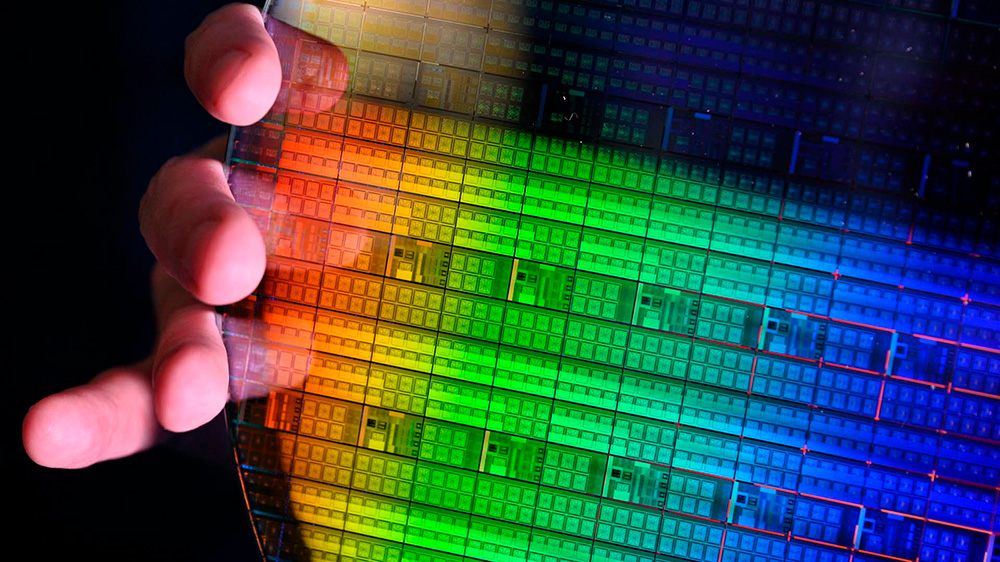 Additionally, this near-perfect wafer performance has enabled Intel automate data collection across the wafer in the one-electron regime. This enabled the largest demonstration of single and double quantum dots seen to date.

This increased performance and consistency across devices characterized at low temperatures over previous Intel test chips. In short, it represents a crucial step towards scaling to thousands or potentially millions of qubits needed for a commercial quantum computer.

“Intel continues to advance the fabrication of silicon spin qubits using its own transistor fabrication technology,” said James Clarke, director of Quantum Hardware at Intel. “The high throughput and consistency achieved demonstrates that manufacturing quantum chips at Intel’s established transistor processing nodes is the right strategy and is a strong predictor of success as the technologies mature for commercialization.”

“In the future, we will continue to improve the quality of these devices and develop systems on a larger scale, so these steps will help us move forward quickly,” said Clarke.

An industry-leading breakthrough in quantum computing 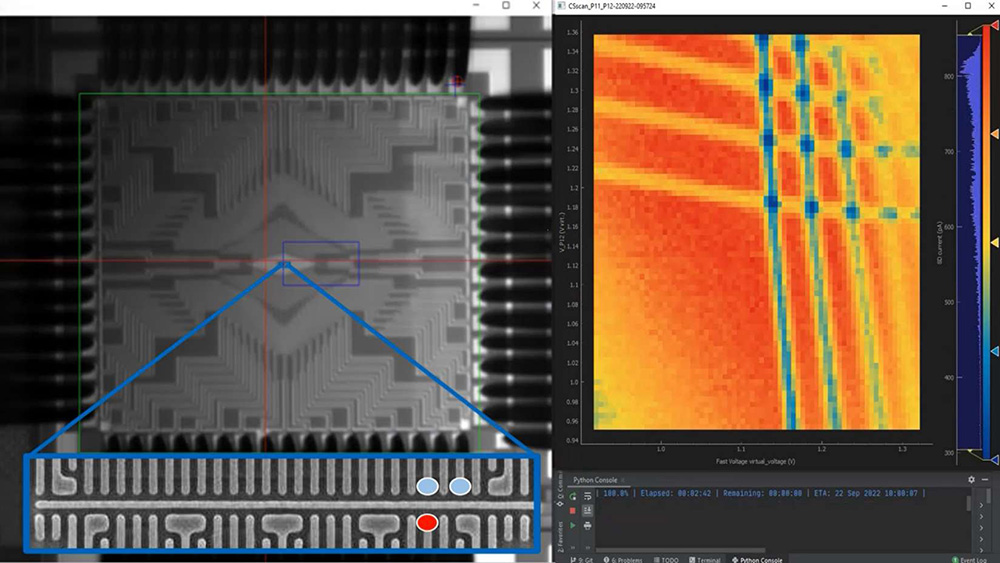 The research was carried out using Intel’s 2nd Gen silicon spin test chip. By testing the devices on the Intel Cryoprober, a quantum dot test device that operates at cryogenic temperatures (1.7 Kelvin or -271.45 degrees Celsius), the team isolated 12 quantum dots and four sensors. This result represents the largest silicon electron spin device in the industry, with a single electron at each location across an entire 300mm silicon wafer. 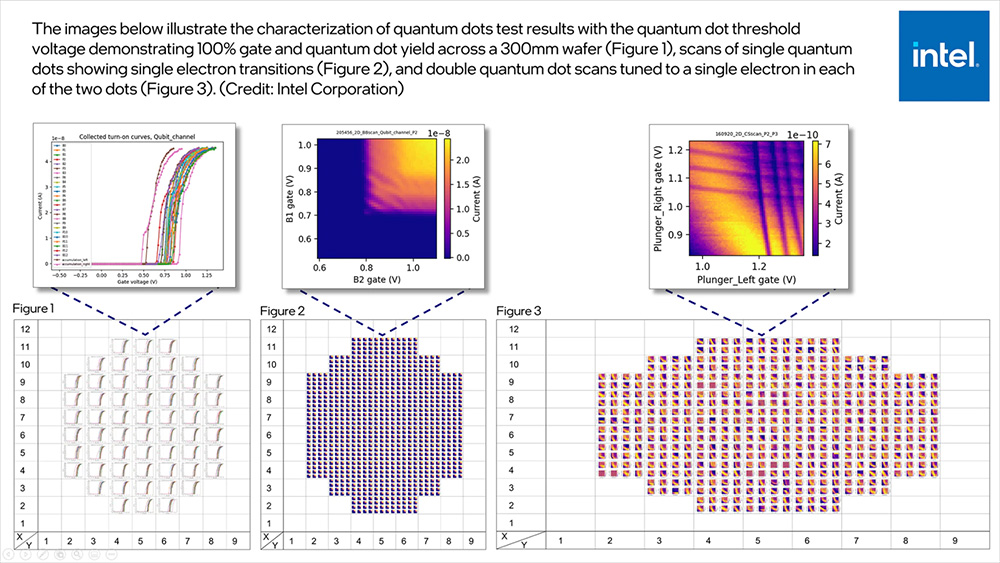 Silicon spin qubits are typically featured on a single device, while Intel research demonstrates success on an entire wafer. Manufactured using extreme ultraviolet (EUV) lithography, the chips show remarkable uniformity, with a 95% yield rate across the entire wafer. Using the Intel Cryoprober, along with robust automation software, it has been possible to obtain more than 900 single quantum dots and more than 400 double points in the last electron, which can be calibrated to one degree above absolute zero in less than 24 hours.

The increased performance and consistency of low-temperature calibrated devices over previous Intel test chips makes it possible to use statistical process control to identify areas of the manufacturing process that need optimization. Thus, learning is accelerated and represents a crucial step towards scaling up to the thousands or potentially millions of qubits needed for a commercial quantum computer.