this is the pc case you can draw on
Advertisement

The years go by and the PC towers maintain a similar aesthetic despite the time. It is true that now the chassis come with RGB lighting and tempered glass, but in essence, we are facing similar towers in size and function. With Aerocool Skribble we will have a normal ATX tower, but we can draw on it and if we don’t like it, we can always delete it and start over.

PC towers are generally very similar aesthetically and it is really difficult to have an original case that is different from the rest. The only option if we want to have something unique is to mod a tower to customize it to our liking. However, there are other options such as the one that Aerocool Skribble now presents, a tower where it will not be necessary to know how to make mods to say that yours is unique. And it is that, with this we can make our imagination flow and give it our touch by drawing on it what we want.

Advertisement
Read  Dozens of games on sale for PS4 and PS5 on PS Store, with our Spring Sale highlights

Aerocool Skribble: PC case that you can customize with your drawings

Some time ago Aerocool showed what would be its first PC tower customizable by users through a marker pen. With this, we can paint any part of the box that has tempered glass, that is, both the front and the side. The company shows how various drawing designs would look, which we can see are found RGB illuminated. It is not that the marker itself has lighting, but rather that it comes both from the RGB LED strips on the sides, and from the configuration that shows where basically everything has lighting.

Now, basically the Aerocool Skribble is an ATX tower with dimensions of 210 x 453 x 441mmin which fits a plate in format ATX, Micro-ATX either Mini-ITX. This has two 3.5″ bays and 5 2.5″ bays to add hard drives and SSDs. As for graphics, it supports GPUs up to 362mm and as for processors, we will be able to cool them without problems by air, since it admits heatsinks up to 167mm high. 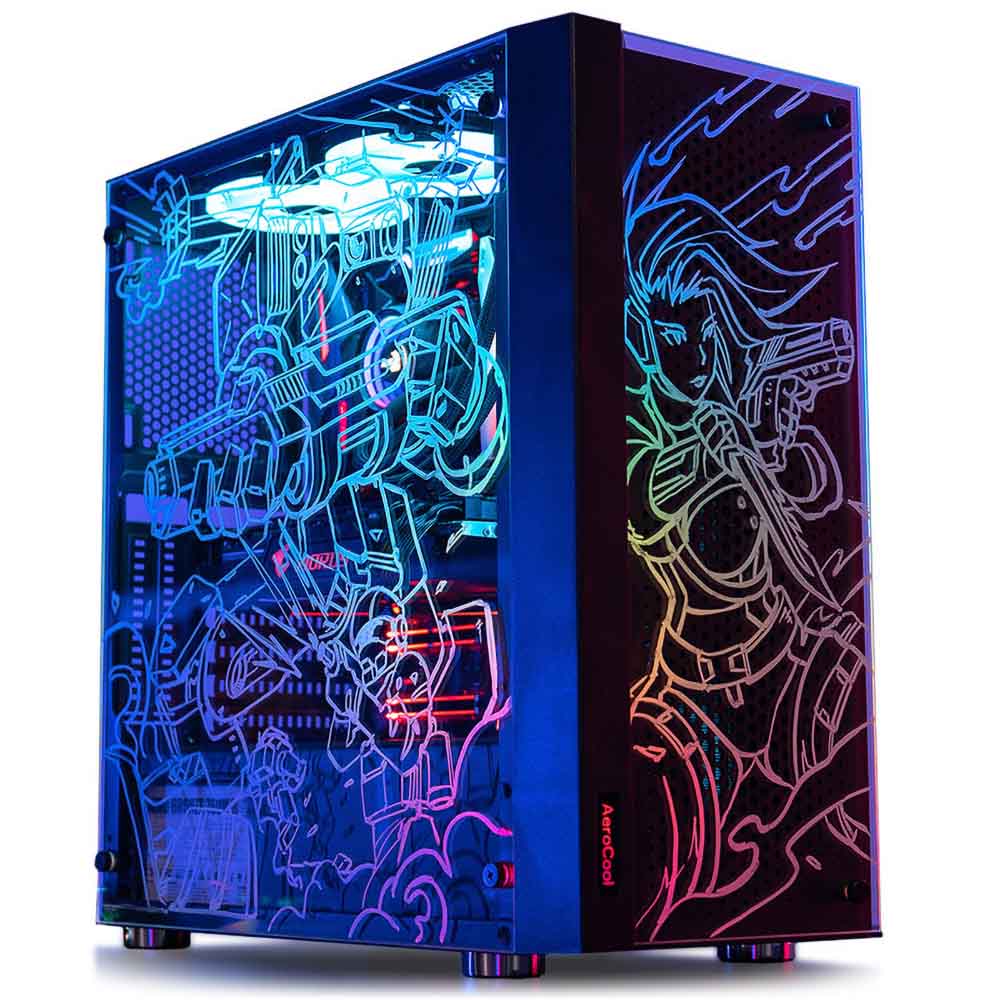 Fortunately, the Aerocool Skribble is pretty proficient at cooling as well. And it is that the company ensures that it is compatible with a system of up to 3 liquid cooling radiators. On the front we can add one of 360mmeven though we will reduce the maximum length of the GPU depending on its thickness. In the upper part, it will admit up to a radiator of 240mmalthough they warn that for this configuration we need the motherboard has a maximum height of 37 mm. Finally, in the rear part it will be possible to install a radiator of 120mm.

When purchasing this tower, it will include three fans: 2 of 120 mm and black color that will be installed in the front and 1 of 120 mm and ARGB lighting that will be installed in the rear. As for the front ports, it has 2 USB 3.0 and the HD audio standard and microphone. Finally, he will admit ATX sources with a maximum length of 186 mm. As we can see, it is a fairly ordinary PC case, except for the fact that we can paint on it to our liking.

Knowing this and in case you are curious or interested in it, the Aerocool tower is for sale for about 82 euros. To tell the truth, we have not found many stores that ship to USA and in the case of Alternate shipping costs are expensive. Alternatively, if we visit caseking we meet a offer of this Aerocool Skribble, which is found by €59.90.